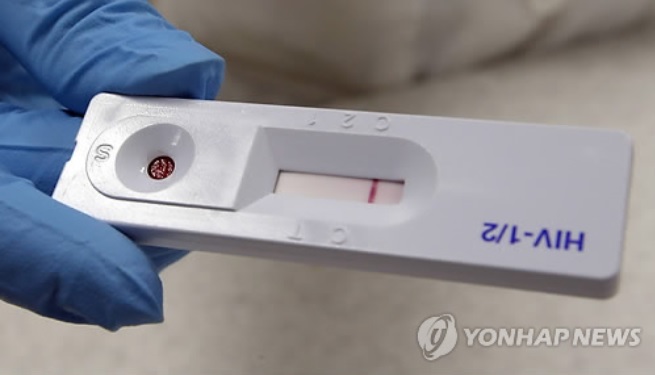 By dropping a drop of blood in the test kit, results can be observed in as little as 20 minutes. (image: Yonhap)

SEOUL, Feb. 4 (Korea Bizwire) – Seoul Metropolitan Government plans to offer free HIV testing at its 25 health centers, which can show the results in just 20 minutes. No personal information will be required from the examinees, and the test will be conducted for free.

The city government announced on February 3 that after a one-year pilot project introducing the “Rapid Test” at four health centers in Seoul last year, it decided to expand the service to all of its health centers. During the test-run, the number of examinees soared by 9.5 times, and the number of positive tests increased by 6 times.

The rapid test method is very similar to that of pregnancy test dispensers. By dropping a drop of blood in the test kit, results can be observed in as little as 20 minutes. If the examinee is HIV positive, the test device shows two lines, just like a pregnancy test. Existing HIV screening tests like EIA (enzyme immunoassay) require 5-10cc of blood, and can deliver results in 3 to 7 days.

For positive tests, the examinees are forced to undergo a thorough examination at the Seoul Institute of Health and Environment to make a final confirmation of the diagnosis.

An official at the city government said, “More than 99 percent of patients were infected with HIV through sexual intercourse, so daily activities of the patients cannot transmit the virus. In addition, as steady medical treatment also reduces the possibility of its infectivity, it is important to detect and treat early.”