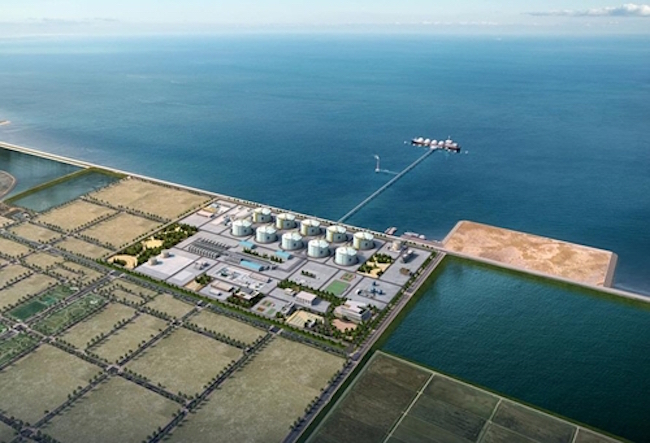 A LNG collection site to be built in Dangjin (Image: Dangjin City)

SEJONG, April 5 (Korea Bizwire) — South Korea will further diversify its import sources for natural gas, one of the country’s key energy sources, and build more storage facilities as part of an effort to secure a stable supply and reduce its reliance from coal and nuclear power, the country’s energy ministry said Thursday.

Demand for natural gas by households is expected to rise at a rate of 1.24 percent on average a year through 2031, while demand for power generation is forecast to increase at an annual rate of 0.26 percent.

The ministry said demand for power generation is forecast to pick up as the country is reshaping its energy road map that centers around the reduction of coal and nuclear energy use.

The country will also diversify its gas import portfolio, the ministry said. Its natural gas imports from Qatar accounted for 30.8 percent of its total last year. South Korea also buys natural gas from Australia, Oman and other countries.

South Korea, the world’s No. 2 net importer of liquefied natural gas, has been pushing to diversify its sources of energy supply and expand purchases of shale gas.

The ministry said the government will build more storage facilities by 2031 that can house 3.56 million kiloliters of natural gas.

To that end, some 5.8 trillion won (US$5.46 billion) will be spent, according to the ministry.