Daily users of Seoul’s public bike-share number 11,300, and over 620,000 have registered for the service according to the Seoul Metropolitan Government. (Image: Yonhap)

SEOUL, March 21 (Korea Bizwire) — Daily users of Seoul’s public bike-share number 11,300, and over 620,000 have registered for the service according to the Seoul Metropolitan Government.

First introduced in 2015, by August of 2016 registered users of the white-and-green bikes reached the 100,000 mark. This number doubled within three months and continued to grow until surpassing 600,000 in January this year.

Usage was higher during the weekdays than on the weekends. By time slot, bike rentals were highest between 6 p.m. and 9 p.m. on weekdays.

Of the bike rentals, 32 percent occurred during the autumn months of September and October – rentals in September were most frequent – and residents of Yeongdeungpo, Jongno and Seong-dong Districts were most likely to make use of the bikes. 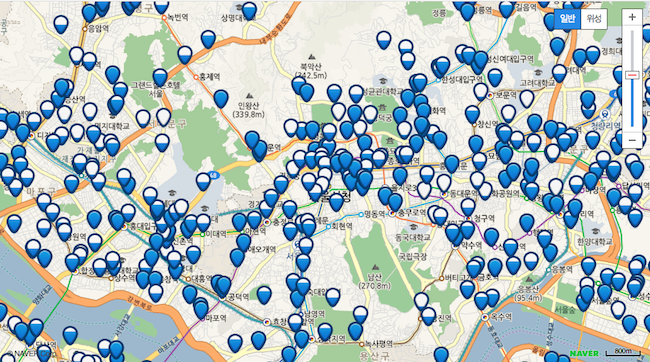 Registration is not required but recommended to borrow a bike, which can be found at bike racks located throughout Seoul. To rent, short- or long-term vouchers can be purchased and paid for with a credit card, by smartphone (the fee is added onto the monthly mobile service bill) or South Korea’s T-money transit card.