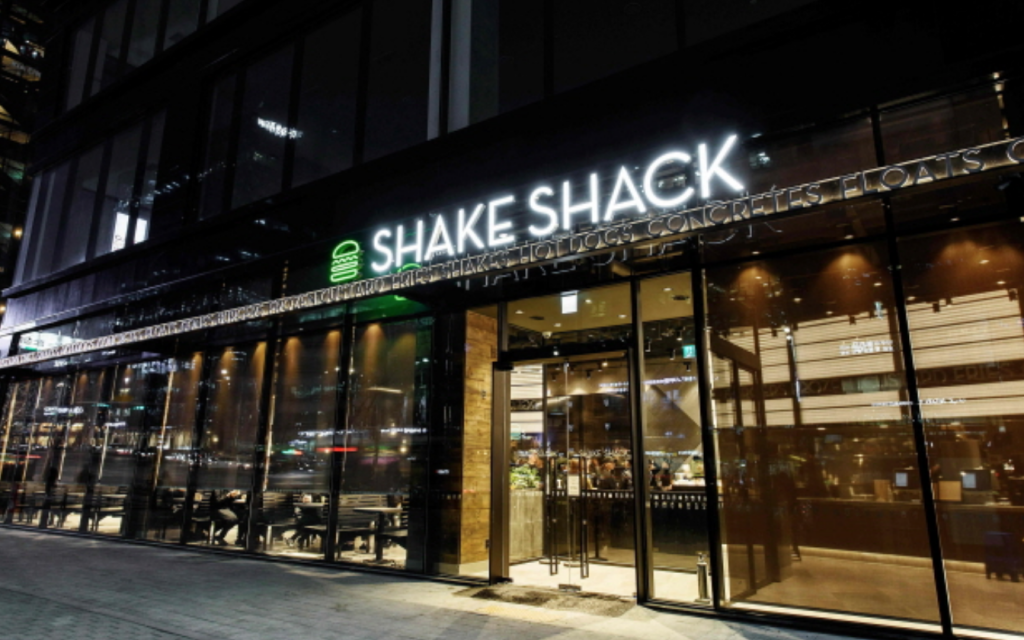 SEOUL, Dec. 14 (Korea Bizwire) – The launch of Shake Shack’s first Korean franchise on the main thoroughfare in Gangnam was met with unparalleled success, with the restaurant attracting an average of 3,000 visitors each day.

The local operator of the franchise, SPC Group, is hoping to keep the momentum afloat by opening a second franchise on December 17 in Cheongdam-dong, an affluent Seoul neighborhood with à-la-mode restaurants and fashion outlets.

With a 330-square-meter floor area, the new fine-casual themed restaurant will have the capacity to house 140 patrons.

The Cheongdam branch will introduce three exclusive dessert options – the Cheongdam327, a mixture of Shake Shack’s vanilla custard “concrete” with banana and Jeju tangerine; the Better2Gether, chocolate and vanilla custard concrete topped with cookie and shortbread; and the Chocolate Crunchcrete, concrete with chocolate crunches.

In addition to the new desserts, the outlet will celebrate its opening with sales of a special edition sweatshirt designed in partnership with local illustrator Bob Jang, and a pouch bag fashioned along with interior decorating brand Kitty Bunny Pony.

Following the popularity of Shake Shack’s first franchise, sales of cooking equipment for homemade burgers soared at online markets. The burger hype even compelled fast food giant McDonald’s to also introduce homemade burgers, the company’s Signature Burgers, a “create your own taste” menu that was met with positive feedback from burger enthusiasts.