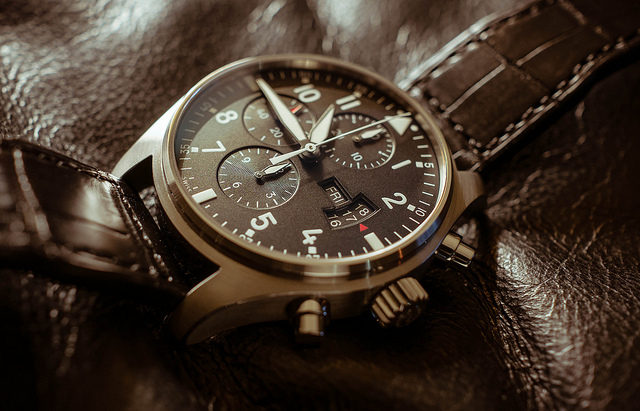 The volume of imported luxury watches reached US$21.6 million, a monthly high since January 2000 when the office began collecting the statistics on monthly basis. (image: Mitchel Jones/flickr)

SEOUL, Sept. 1 (Korea Bizwire) – As the wristwatches are gaining popularity among Koreans, Korea’s imports of the luxury timepieces established a monthly high record during July.

According to the export and import statistics from the Korea Customs Service, the volume of imported luxury watches reached US$21.6 million, a monthly high since January 2000 when the office began collecting the statistics on monthly basis.

The imports of the designer watches were mainly from Switzerland, China, the U.S., France and Germany and among them, Switzerland overwhelmed other countries. During the January-July period, made-in-Switzerland watches took the lion’s share of US$102.6 million or 94 percent of the whole luxury watch imports. China ($3.5 million), the U.S. ($1.08 million), France ($1.05 million) and Germany ($0.52 million) followed.

The cumulative volume until the end of July this year marked $109 million and the total import volume of the brand watches is expected to surpass last year’s total US$167 million. The import amount of the luxury watches kept increasing for five consecutive years since 2009.

As the imported volume increases, the sales of luxury timepieces keep increasing annually. According to Hyundai Department Store, its luxury watch sales increased 26.3 percent in 2012 and 34.5 percent in 2013. This year until July, it also increased 21.8 percent over the same period of the previous year.

One thought on “Shipments of Luxury Watches to Korea Keep Increasing”