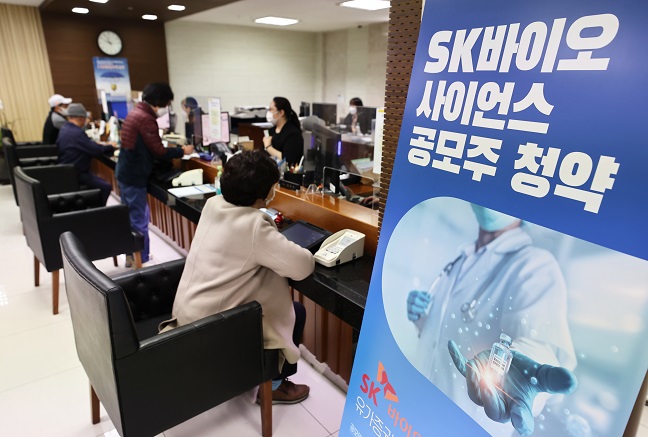 Potential investors subscribe to shares to be sold by SK Bioscience Co. in an initial public offering., at a Seoul brokerage office on March 10, 2021. (Yonhap)

SK Bioscience, a unit of South Korea’s No. 2 family-controlled conglomerate SK Group, has allocated up to 2.29 million new common shares to general investors in the March 18 IPO seen as a prime share sale during the first half.

SK Bioscience has set the IPO price at 65,000 won per share, which puts its corporate value at about 5 trillion won.

SK Bioscience engages in developing COVID-19 vaccines and produces vaccines on behalf of other drug companies.

The company has started a clinical trial of its own vaccine candidate, and it has signed deals with AstraZeneca, Novavax and other global pharmaceutical firms to produce their vaccine candidates.