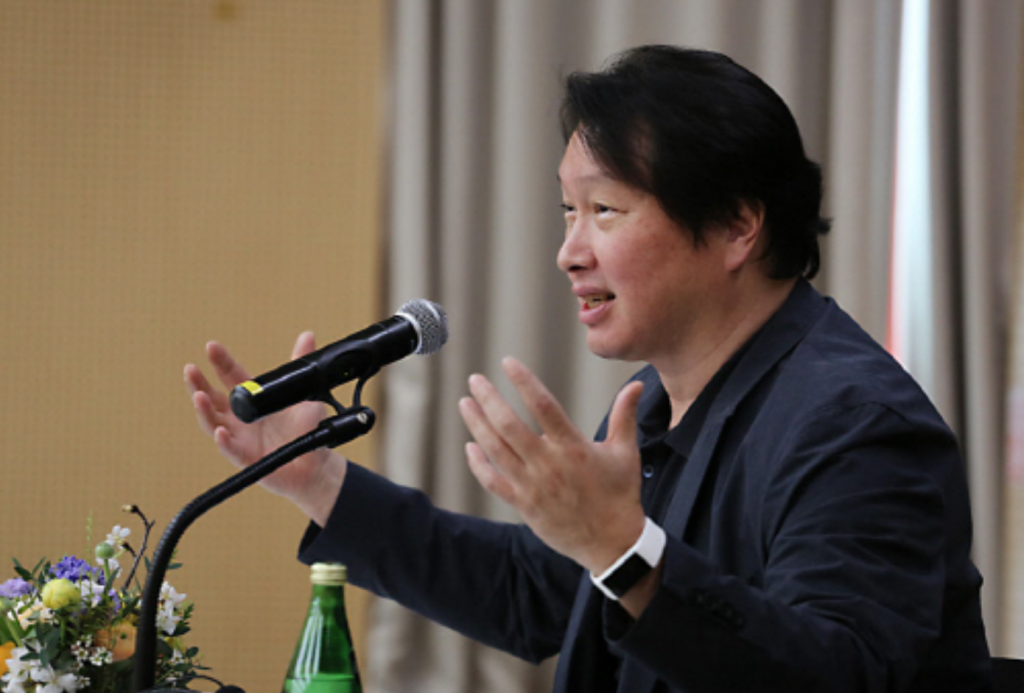 “I believe I can find the answers on-site, and that’s exactly what I plan on doing as much as possible.” (image: SK)

“There are a number of ways that we can cooperate with Toshiba, through actions that will benefit SK Hynix and not hurt our semiconductor customers,” Chey said during the 2nd Social Performance Incentive Awards on Thursday. “We’ll keep our eyes on (the bids) with an attitude that is somewhat better than simply ‘we’re paying to buy a business.’”

SK Hynix has some formidable opponents also participating in the bidding for the Japanese enterprise. Foxconn, for instance, offered 3 trillion yen ($27 billion) as its preliminary bid, while SK Hynix reportedly made a 2-trillion-yen bid.

Chey had a travel ban lifted earlier this week after prosecutors found no evidence of his involvement in President Park Geun-hye’s corruption scandal, and he is expected to make a personal visit to Japan early next week to potentially meet with the Toshiba’s board.

SK Hynix recently formed a consortium with Bain Capital to boost its chances in the bidding process. SK had high praise for the U.S. equity firm’s active investment in Japan, industry sources say.

In partnership with Bain, the South Korean company is hopeful that it will be able attract additional financial investors from Japan to form a multinational coalition, which will ease the financial burden of the bid and soothe concerns of the Japanese government over any technology transfer that might follow the acquisition.

The SK chairman will take full advantage of his personal networks overseas as well, in order to best prepare for what is likely to be a three-way race with Foxconn and Western Digital.

“I believe I can find the answers on-site, and that’s exactly what I plan on doing as much as possible,” he said.