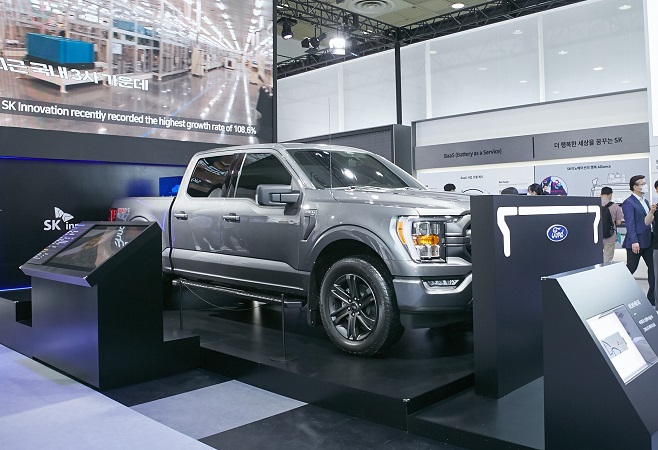 The three companies inked the memorandum of understanding on the joint venture for a high-nickel lithium-ion battery plant near the Turkish capital of Ankara, SK On said in a release.

SK On did not provide any further details of the project, such as the amount of investment.

The announcement marks SK On’s latest push to expand its foothold in the European market with its American partner by joining hands with a third party based in Europe.

Koc Holding, the automobile to finance conglomerate and long-time partner of Ford, has a domestic production line capable of manufacturing 455,000 vehicles a year.

SK On has partnered up with Ford to build three EV battery plants in the U.S. states of Tennessee and Kentucky through their joint venture BlueOval SK in a deal worth 10.2 trillion won (US$8.21 billion).

The latest deal makes the South Korean battery producer a major supplier of Ford by helping it secure about 70 percent of EV batteries it needs from SK On.

SK On runs a domestic plant in the country’s central region of Seosan, and its overseas factories are based in Georgia, the United States, the Chinese city of Changzhou and the Hungarian city of Komarom.

The company plans to start operating two more factories in China and Hungary before 2025.

SK On, the battery spinoff of SK Innovation Co., said it aims to grow into a global battery producer with its total production reaching 500 GWh by 2030.