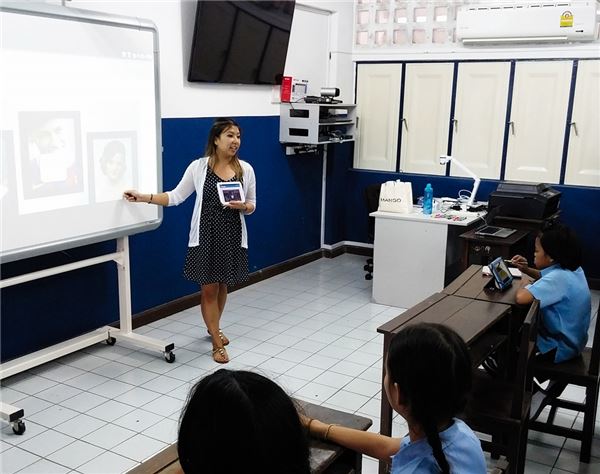 The two schools are affiliated with the Institute for the Promotion of Teaching Science and Technology (IPST), an educational institution under the Thai Ministry of Education.

Smart Class is a solution that creates a connected classroom environment through advanced mobile telecommunications technologies and devices like tablet PCs and interactive whiteboards to make learning easier and more effective for students.

Considering the high interest shown by IPST, an institution in charge of authorization of education-related equipment and materials in Thailand, as well the strong will expressed by the Thailand Government to push forward the Smart Class project in August 2014, SK Telecom’s expectations are high that the project will expand to other schools.

From January 2015, SK Telecom will begin applying Smart Class to all schools managed by the Ministry of Industry and carry out detailed discussions with other ministries to build Smart Class in schools they are in charge of.

“With successful milestones achieved in Thailand and Indonesia, SK Telecom’s Smart Class secures a bridgehead to enter into the Southeast Asian market,” said Kim Yoon-suh, Senior Vice President in charge of Smart Learning Business at SK Telecom. “We will continue to focus on creating new value through futuristic IT solutions that help enhance the efficiency and effectiveness of education.”

Meanwhile, in April 2014, SK Telecom has applied its Smart Class solution a vocational institution, located in Baku, the capital city of the Republic of Azerbaijan. And based on its successful outcome, Smart Class has been also set up at public school in the city in September 2014.

The company also signed a contract with the Chongqing Group in China to supply Smart Class solution to 1,300 classes in China in June, 2014, and is currently in talks with the Group to expand Smart Class to other schools in China.