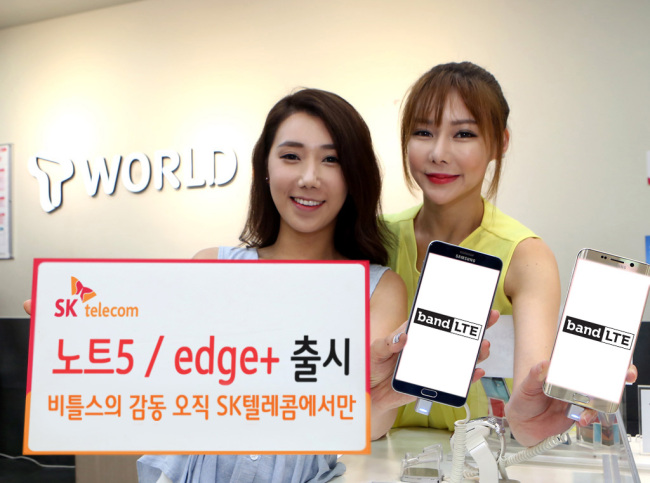 For its customers, SK Telecom produced a special album of The Beatles that contains 27 Billboard Chart No. 1 songs including “Let it be,” “Hey Jude,” and “Yesterday”, and released it on an SD card. (image: SK Telecom)

When Samsung Electronics rolled out its flagship Galaxy Note 5 model in Korea, SK Telecom, the largest mobile carrier in Korea in terms of the number of subscribers, decided not to offer such stereotyped gifts and instead chose a final selection of the songs of The Beatles in an advertisement copy titled “Giving Out Eternal Legend!”

For its customers, SK Telecom produced a special album of The Beatles that contains 27 Billboard Chart No. 1 songs including “Let it be,” “Hey Jude,” and “Yesterday”, and released it on an SD card. The idea came from a special feature of the Galaxy Note 5 phablet, an “Ultra High Quality Audio” player which offers high-quality playback of music stored on the smartphone.

An SK Telecom official said, “Last May, when Paul McCartney had a performance in Korea, we saw the power of The Beatles songs, which entertained audiences of all generations. Their songs fit the image of SK Telecom, so we decided to offer their songs in high-quality audio.”

To produce the album, the company adopted Mastering Quality Sound (MQS), which shows off the highest definition audio with 6.5 times more music data than songs on CDs. It is the first such Beatles album with MQS audio source.

Moreover, it limited the production of the album to 10,000 copies, hoping the scarcity would be valued by its customers.