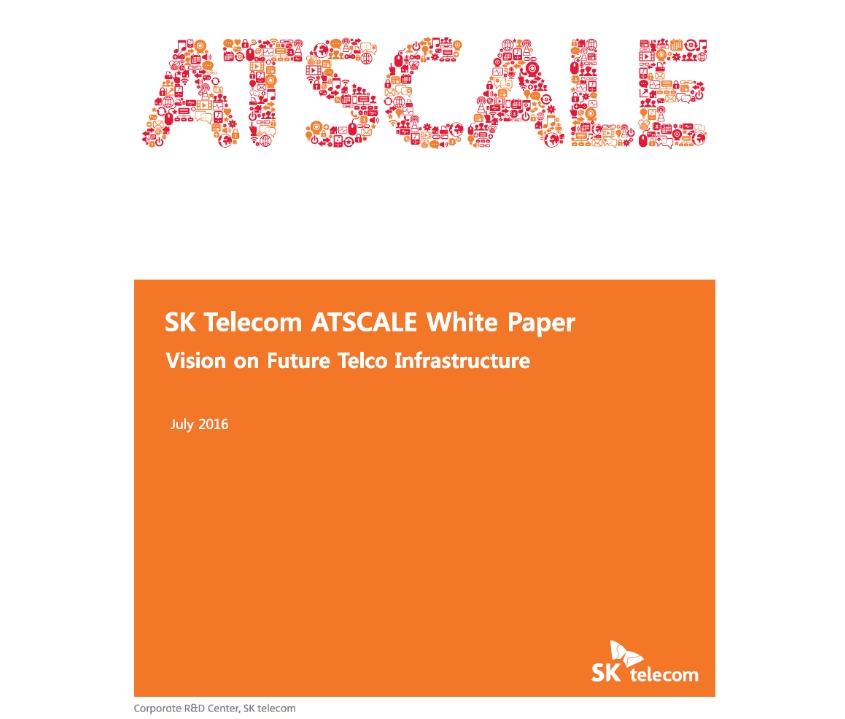 Seoul, Korea, Sept. 2 (Korea Bizwire) – SK Telecom (NYSE: SKM) today announced that it has published ‘ATSCALE White Paper’ to suggest the direction for evolution of the next-generation telecommunications networks including the 5G network.

In this white paper, SK Telecom describes in detail its ATSCALE vision and architecture, based on which it will realize a truly scalable, cognitive, automated, lean and end-to-end telecommunications network for the future. It also outlines the structure of this network as well as its main functions and implementation technologies.

With the realization of the next-generation telecommunications network, SK Telecom expects to achieve enhanced operational efficiency, reduced total cost of ownership (TCO), and accelerated time-to-market for services by overcoming the limitations of the traditional network infrastructure, which is complex, closed and heavily dependent on equipment manufacturers.

Moreover, in the white paper, SK Telecom shares its knowhow and lessons learned through the experience of developing and commercializing world’s first technologies over the past three decades, hoping to build a cooperative framework among all industry stakeholders including equipment manufacturers and ICT companies.

“We expect our ‘ATSCALE White Paper’ to serve as a basis for cooperation among diverse players across industries and the globe, by providing equipment manufacturers with guidance for future network equipment and presenting our vision of the future network to others,” said Alex Jinsung Choi, Chief Technology Officer and Head of Corporate R&D Center of SK Telecom. “Through ceaseless efforts in research and development, SK Telecom will sustain/strengthen its global leadership in the upcoming era of 5G.”

Meanwhile, SK Telecom published its first white paper on 5G in October 2014 to describe its 5G vision and requirements, and suggest direction for development of key 5G technologies. Then, in October 2015, the company issued “White Paper: 5G Architecture Design and Implementation Guideline,” presenting 47 detailed guidelines required for the establishment of the 5G network system.

SK Telecom (NYSE: SKM, KSE: 017670), established in 1984, is Korea’s largest telecommunications company with more than 29.15 million mobile subscribers, accounting for around 50% of the market. The company reached KRW 17.137 trillion in revenue in 2015. As the world’s first company to commercialize CDMA, CDMA 2000 1x, CDMA EV-DO and HSDPA networks, SK Telecom launched the nation’s first LTE service in July 2011. SK Telecom also became the world’s first mobile carrier to commercialize 150Mbps LTE-Advanced in June 2013 and 225Mbps LTE-Advanced in June 2014 through Carrier Aggregation(CA). In line with its efforts to swiftly move towards the next-generation mobile network system, or 5G, it successfully commercialized 300Mbps tri-band LTE-A CA in December 2014 and launched LTE-Advanced Pro in June 2016. As of the end of June 2016, the company has over 20.03 million LTE and LTE-Advanced subscribers. Based on its strength in network operations business, SK Telecom is seeking new growth engines through three innovative platforms namely Lifestyle Enhancement Platform, Advanced Media Platform and IoT Service Platform. For more information, please visit www.sktelecom.com/en or email to skt_press@sk.com.