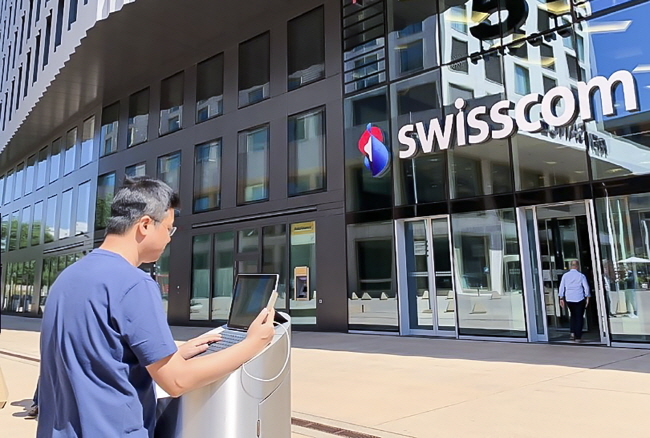 Samsung Galaxy S10 users with SK Telecom’s 5G plan will be able to connect to Swisscom’s 5G network when they visit Switzerland after a software upgrade on their smartphones.

The Korean carrier said it also plans to provide software upgrades to LG V50 users and further expand 5G roaming service to other countries around the globe.

The company currently provides 5G service in 110 cities and villages, including Zurich, Geneva and Bern.

While 4G roaming services are available in many parts of the world, it is the first time that a mobile carrier is offering a 5G roaming service in a foreign country due to a lack of infrastructure for the next-generation mobile network.

LG Uplus Corp., South Korea’s No. 3 carrier, said it will launch its 5G roaming service in Finland on Friday, in partnership with Finnish carrier Elisa.

Elisa, which has 6 million subscribers, rolled out its 5G commercial service in Finland last month.