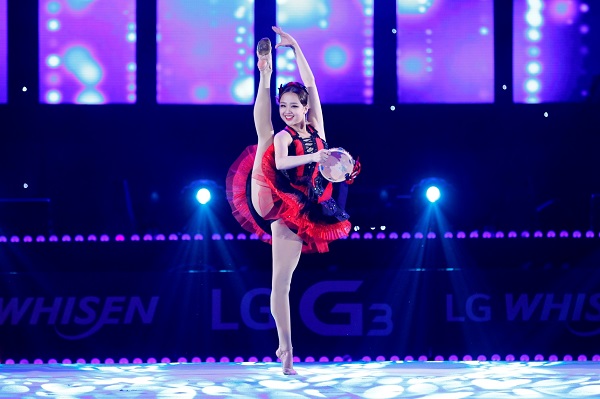 Son Yeon-jae, the first Korean to win a gold medal with world-level performances in the Incheon 2014 Asian Games and main endorsement model of Whisen, LG Electronics’ premium home appliances brand, showed off her beautiful performances on the stage once again.

Daria Dmitrieva, a silver medalist in the London 2012 Olympics, Rumanian rhythmic gymnast Alexandra Piscupescu and Spain gymnastics team who won in the 2014 Rhythmic Gymnastics World Cup gave their performances at the show as well.

Alongside the hall, the Seoul-based electronics company ran booths to display their popular home appliances such as air conditioners, air washers, air purifiers, and G3 smartphones. 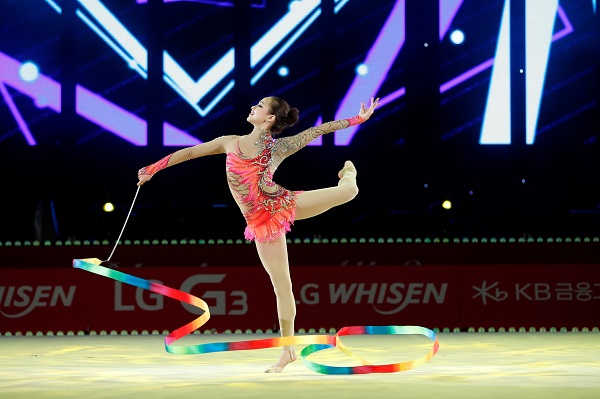 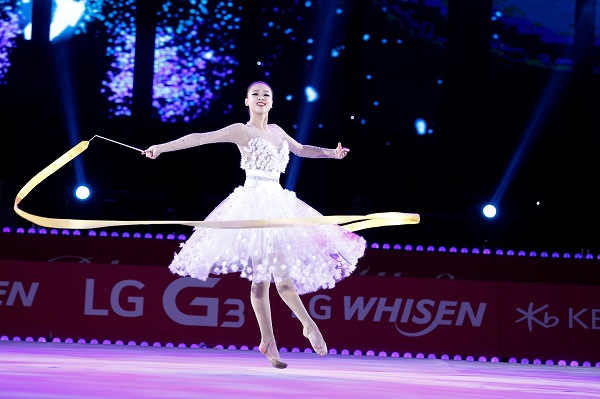