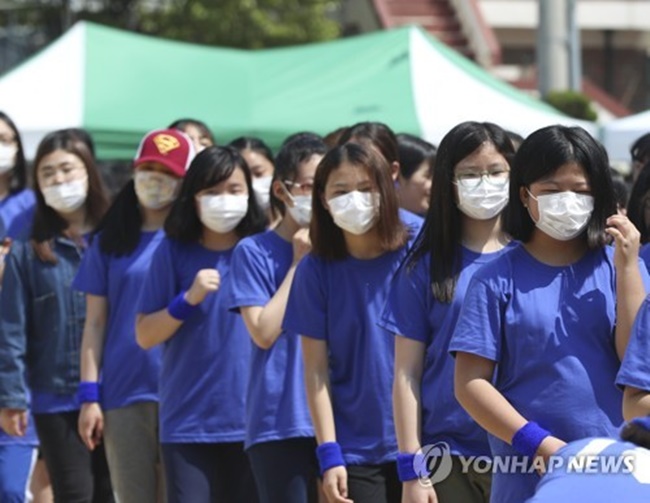 The Ministry of Environment (MoE) advises against leaving the windows open for too long on days with high airborne concentrations of fine dust, in order to stop fine dust particles from traveling indoors. (Image: Yonhap)

SEOUL, May 4 (Korea Bizwire) – As a grey haze of fine dust continues to blanket South Korea, the epidemic is sweeping through kitchens and school playgrounds across the nation, with some schools reportedly cancelling sports days while experts warn homemakers against opening the windows for too long when cooking, in fear of letting in air that is even worse.

A day in the life of Kim, a 49-year-old man who lives in Daechi-dong , vouches for the common fine dust problems facing South Koreans. When Kim wakes up in the morning, he begins his day by checking the fine dust warnings on his smartphone.

It’s when his wife begins cooking that he reaches a dilemma between opening the window to let in fresh air or not, as the South Korean air quality in recent years has notably worsened, making natural ventilation a questionable choice.

“I used to feel sorry for the Chinese for having to deal with poor air quality, but never did I expect to find myself in the same situation,” Kim said, shaking his head in disbelief.

Shin, who also lives in Seoul, has also felt the impact of the recent fine dust epidemic in the country, which he explains with an account of his son’s school sports day which ended prematurely due to concerns over the negative health effect of fine dust on children.

The sports day at Shin’s son’s school came to an abrupt end after only 20 minutes in an assembly hall.

It was the first time Shin ever witnessed a school event end prematurely due to poor air quality in his 43 years of life.

The Ministry of Environment (MoE) advises against leaving the windows open for too long on days with high airborne concentrations of fine dust, in order to stop fine dust particles from traveling indoors.

The MoE says, “When cooking in the kitchen using oil or smoking indoors, it’s recommended to use a ventilator or open the window to let out smoke for up to three minutes.

For those who have respiratory diseases including asthma, the MoE recommends keeping windows closed until the air quality improves.