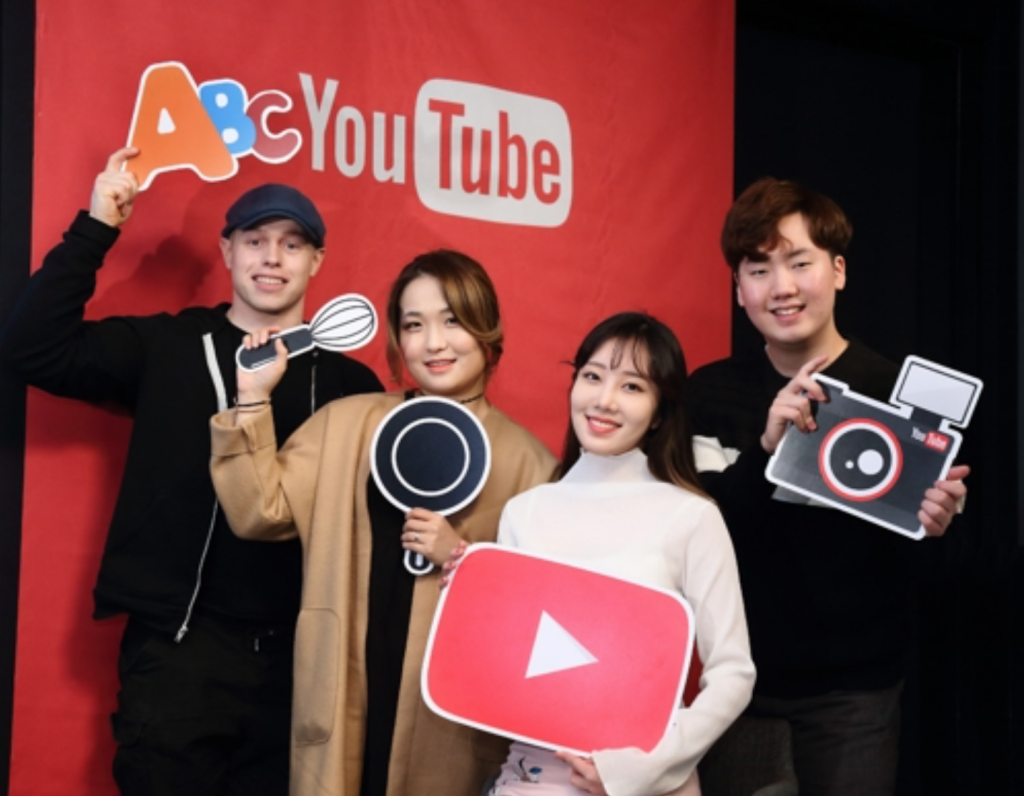 The four content creators emphasized that communicating with the audiences, and adapting to their opinions and criticisms are essential to grow the channel’s fan base, and even the lack of formality can appeal to viewers as a friendlier personality. (image: Google Korea)

SEOUL, April 11 (Korea Bizwire) – With millions of ‘how to’ videos readily available, the world’s biggest video streaming platform is often the first go-to destination from simple know-hows like ‘how to use chopsticks’ to more professional skills like computer programming.

Although the most popular YouTube channels in South Korea are still videogame related or ‘vlog’-oriented, an increasing number of video content creators in educational fields have gradually emerged, some to see big success.

Google Korea invited four of the top local online educators, each in different field, on Monday for a press meeting. Surprisingly, only one of them – Oliver Grant (29), who teaches English – had a professional background in the field of his YouTube endeavor, with the rest being ‘highly-skilled amateurs.’

With over 379,000 subscribers, Grant studied linguistics at University of Texas at Arlington, and has spent several years in Korea as an English instructor.

Kim Soo-jin, 27, who gives beauty, diet and exercise tips on her YouTube page, graduated from a local business college. According to Kim, who has some 185,000 subscribers, the exercises she introduces on YouTube are supervised by an outside fitness trainer.

“My main viewers are in their teens and twenties, so calf-toning exercises, for young students frequently wearing skirt uniforms, or efficient workout routines for stay-at-home individuals are usually more popular,” she said.

Similarly, 27-year-old Lee Seung-mi, who shares cooking recipes, has never professionally learned culinary arts, neither has Ha Jin-won, teaching video production, who confessed that he learned his techniques on YouTube himself.

The four content creators emphasized that communicating with the audiences, and adapting to their opinions and criticisms are essential to grow the channel’s fan base, and even the lack of formality can appeal to viewers as a friendlier personality.

Grant said, “When I first started teaching in Korea, I got a lot of feedback that I look too cold. So in my videos, I try to smile a lot to look as nice as I can.”