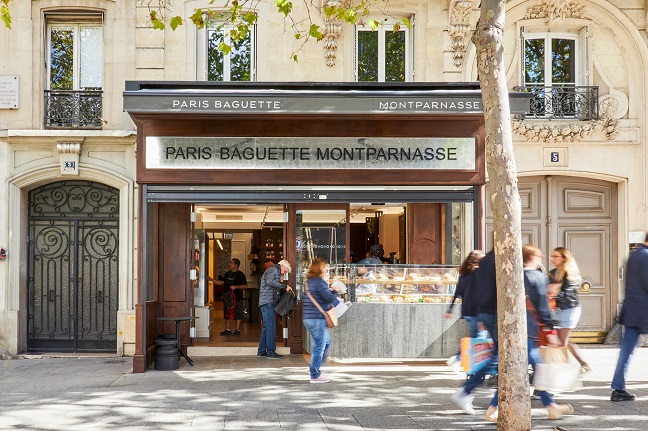 This photo provided by SPC Group shows people walking outside the Paris Baguette Montparnasse store in Paris on Oct. 4, 2022.

The company said it opened two new stores in the business area of La Defense, 3 kilometers west of Paris, earlier this year and one store in the Montparnasse area inside Paris.

Its Montparnasse store, which opened Tuesday, can accommodate up to 67 seats and boasts a large “Grab and Go” section to cater to nearby office workers and travelers through the Paris-Montparnasse train station, which is one of the largest train terminals in the city, it said.

With the new store, SPC now operates five Paris Baguette stores in Paris since opening its first outlet there in 2014.