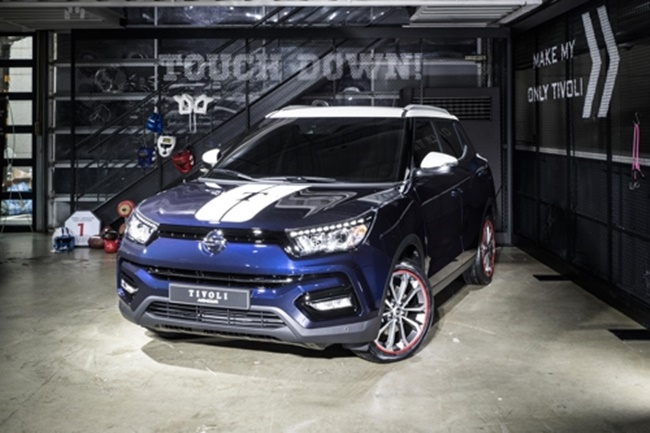 The carmaker’s facelifted Tivoli subcompact, equipped with a 1.6-liter gasoline or diesel engine, will go on sale in the domestic market Thursday, the company said in a statement.

The move is aimed at maintaining its dominant market share in the rapidly growing subcompact SUV market. Currently, five out of 10 subcompact SUVs being sold in South Korea are made by SsangYong Motor.

For the whole of 2016, the SUV-focused carmaker claimed a 54 percent share of the 104,936 subcompact SUV market, a company spokesman said.

The company expects the B-segment SUV market to grow to 130,000-140,000 units this year. The Tivoli domestically competes with Renault Samsung Motors’ QM3, GM Korea’s Trax, Hyundai Motor’s Kona and Kia Motors’ Stonic.To stay ahead of its rivals, SsangYong Motor came up with the customized production services for the buyers of the Tivoli Armour SUV.

“As customers want different features, they will have their distinct Tivoli Armour SUV. It will help SsangYong differentiate itself from others,” the spokesman said.