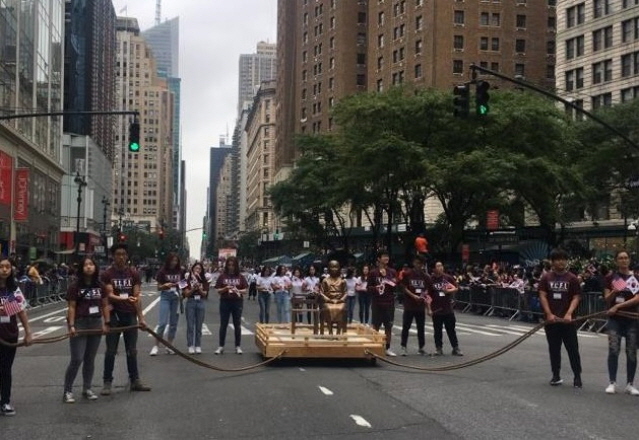 This was the 38th parade organized by the association.

Of note, the Statue of Peace originally installed in front of the Korean American Association’s office was included in the parade, drawing great attention from the crowd.

Korean American students from Fort Lee, a city in the state of New Jersey, who initiated the installation of a “comfort women memorial,” led the float of the Statue of Peace. 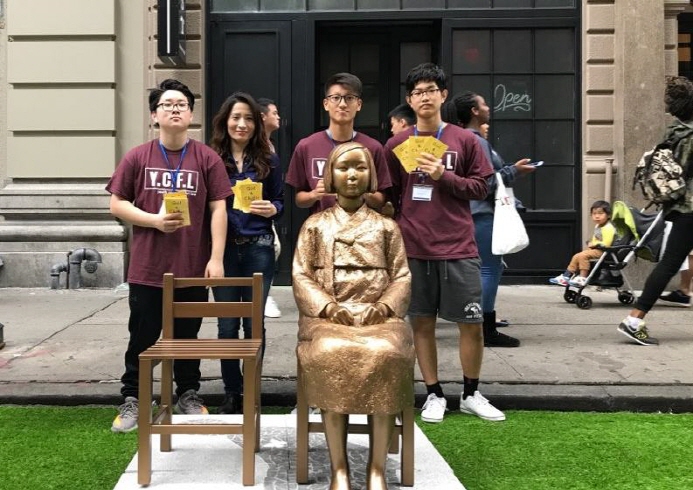 The association also installed a special booth for the statue in an effort to deliver a message from the now-elderly former comfort women.