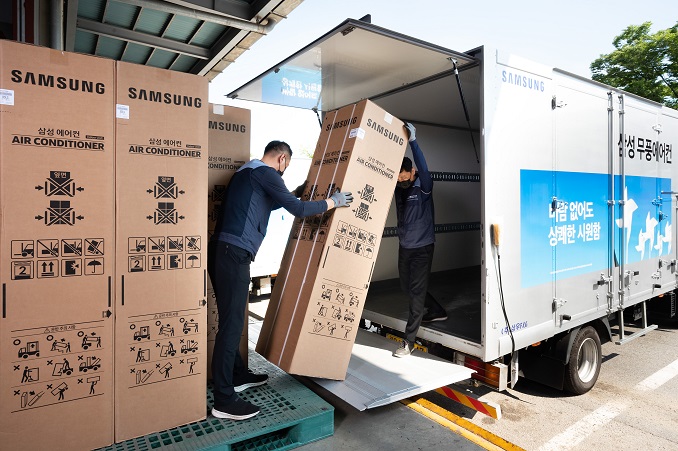 This photo provided by Samsung Electronics Co. on July 23, 2021, shows two of the company’s logistics workers shipping air conditioners at its warehouse in Suwon, 46 kilometers south of Seoul.

With the daily temperature reaching as high as 38 C in some regions, demand for air conditioners and other cooling appliances is also going up with the stay-at-home trend remaining solid amid the fourth wave of the pandemic here, people in the electronics industry said.

LG Electronics Inc. did not reveal sales figures but said its air conditioner sales this month have expanded “significantly” from a year earlier, adding that its production lines are in full operation.

ET Land said its air conditioner sales between July 7 and 13 soared 188 percent on-year and 44 percent from the previous week. 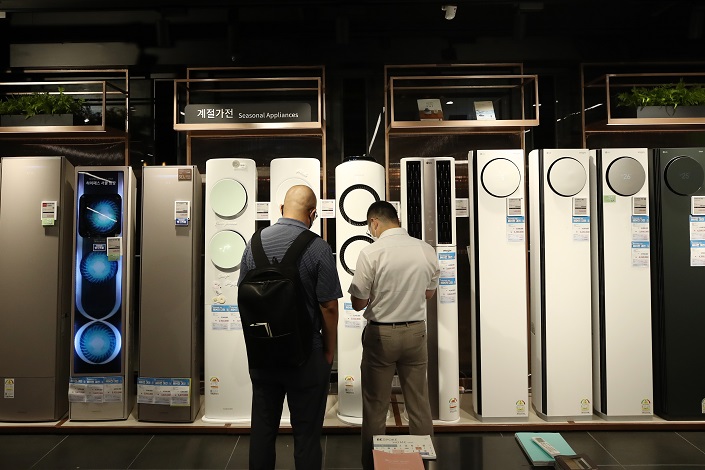 Industry insiders said air conditioner sales this year could reach the highest level since 2018, when the country experienced the most severe heat wave in 111 years. An estimated 2.5 million air conditioners were sold in South Korea in 2018.

With the rising demand, appliance retailers are saying that consumers may have to wait longer than usual to install air conditioners at home.

“In 2018, those who purchased air conditioners later than others had to wait up to 15 days to receive installation service,” said Lee Jae-wan, a supply chain management team leader at Lotte Hi-Mart.

“Already in southern regions, we are seeing delays in air conditioner installations.”