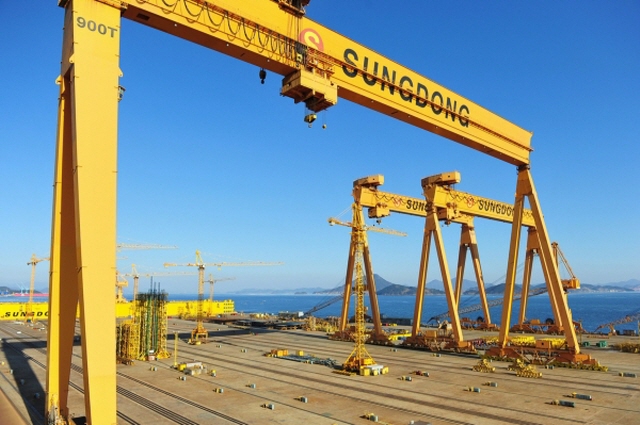 SEOUL, Jun. 14 (Korea Bizwire) — Sungdong Shipbuilding & Marine Engineering Co., a midsized local shipbuilder currently under court receivership, is on the verge of declaring bankruptcy, industry insiders said Friday, after it failed to find eligible buyers ahead of a deadline for its sale.

The Changwon District Court, which manages Sungdong’s rehabilitation process, rejected bids from three companies on Thursday, questioning their funding capacity. It was the third time that the sale of Sungdong had fallen through since it went up for sale in October 2018.

Sungdong was placed under court receivership in March 2018. The court has been trying to find a new buyer for the shipbuilder, with the deadline set for mid-October.

Industry observers said that there’s now not enough time left to complete the sale before the deadline.

“After takeover bids faltered for the third time, there’s a high possibility that the court will start taking steps for Sungdong’s bankruptcy and liquidation,” Kim Hyun, an analyst at Meritz Investment & Securities Co. said. “Its creditors also reportedly decided not to give financial support.”

Sungdong, whose shipyard is in Tongyeong, 330 kilometers south of Seoul, entered the shipbuilding sector in 2004 and was one of the world’s top 10 shipbuilders in 2007.

But following the global financial crisis and an industry slump, it faced a liquidity crisis and was placed under creditor-led debt restructuring programs in April 2010 before applying for the court receivership.

Creditors, led by Export-Import Bank of Korea, have so far injected more than 2.7 trillion won (US$2.3 billion) into the shipbuilder to keep it afloat.

Industry insiders said Sungdong will eventually have to file for bankruptcy unless it receives financial support. The shipbuilder has not secured new orders since November 2017, and 650 of its 770 workers have been placed on unpaid leave.