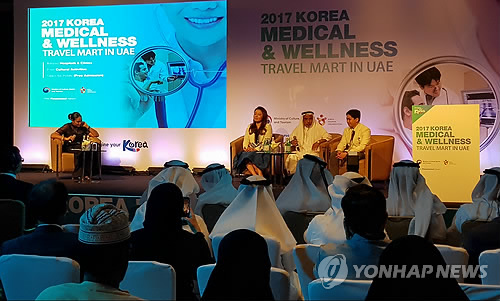 SEOUL, Oct. 10 (Korea Bizwire) – Foreigners on medical tours to South Korea are generally satisfied with the services they receive but feel inconvenienced the most by the language barrier, a survey showed Tuesday.

The Korea Tourism Organization canvassed 2,152 medical tourists who visited South Korea last year and found that they gave an average 4.05 points out of five for the quality of service. Medical skills and facilities received the highest points of 4.23. Specialized services for foreigners got 4.08 points.

Sixty-one percent of the respondents said they chose South Korea for the high skills of medical professionals. The medical staff’s credibility (52 percent), and advanced facilities and equipment (41 percent) also attracted them to the country, according to the survey where respondents could pick multiple answers.

The same poll indicated that foreigners felt the language barrier to be the biggest inconvenience (40.2 percent). The problem was most serious for Chinese visitors (47.1 percent). Among Japanese tourists, 41.3 percent cited the absence or shortage of foreigners-only hospitalization rooms as the most troublesome. Other complaints included the high costs of medical services (33.3 percent) and lack of after-care services (30.2 percent).

Half of the medical tourists came for medical treatments and procedures, while 30.6 percent came for plastic surgery, the survey showed. In the case of Chinese visitors, 52.4 percent had come for cosmetic procedures.

Most of these foreigners tended to combine their medical treatment with tourism, with 62.5 percent answering they have done so or plan to in the future.