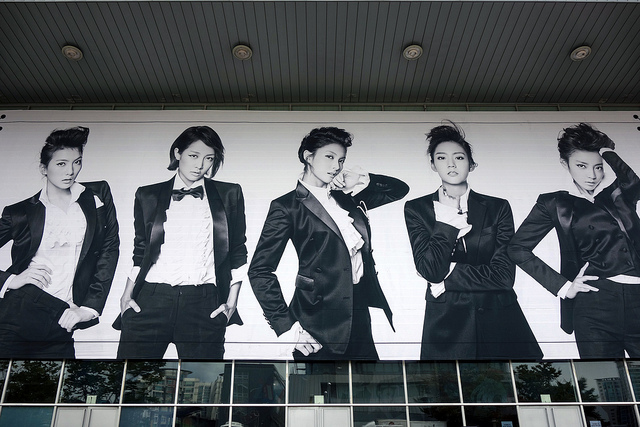 The main reason these entertainment firms are expanding toward seemingly unrelated areas is that they want to create synergies from the combined businesses. (image: m-louis@flickr)

SEOUL, Korea, Jan 27 (Korea Bizwire) –  Korea’s major talent management companies are transforming themselves into full-fledged entertainment groups. The pioneer in this move was SM Entertainment. In May 2012, the company changed its corporate name to SM C&C after acquiring a travel agency. In November in the same year, the newly named company took over AM Entertainment and Hoon Media. AM Entertainment is a talent agency famous for enlisting celebrities such as Jang Dong-gun and Gang Ho-dong while Hoon Media a production company creating TV and movie contents.

JYP Entertainment, a record label founded by singer Park Jin-Young, has also brought in top actors such as Lee Jeong-jin, Song Ha-yoon, and Choi Woo-shik. FNC Entertainment has recently raised its profile by signing a deal to produce a new drama “Marry Him If You Dare” for the KBS 2 channel while signing contracts with Lee Da-hae, Lee Dong-gun, and Yoon Jin-suh.

The main reason these entertainment firms are expanding toward seemingly unrelated areas is that they want to create synergies from the combined businesses. For example, a singer these days can easily appear on a drama or an actor can sing a theme song in a movie, blurring the walls between musical performance and acting.

The entry to businesses such as fashion, travel, and cosmetic is to leverage their star power to merchandising. An entertainment industry executive said, “Beyoncé sells more than 250 different merchandise items under her name. Comparable stars in Korea are doing it about 20 items at best.”

Jeong Yoo-seok, analyst with Kyobo Securities, said, “Entertainment firms plunging into other business areas such as content production and merchandising is welcomed in the market as it can increase their sales revenue. But it is not yet clear whether this expansion strategy will improve their profitability.”