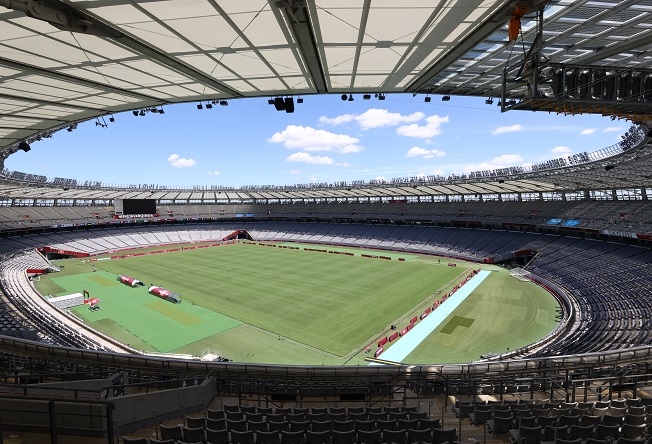 This photo taken July 18, 2021, shows Tokyo Olympic Stadium, where the opening and closing ceremonies of the Tokyo Olympics will be held, along with football matches and other athletics events. The Tokyo Olympics, which have been postponed for a year due to the coronavirus pandemic, will run from July 23 through Aug. 8. (Yonhap)

SEOUL, July 23 (Korea Bizwire) — Despite the opening of the Tokyo Olympics right around the corner, Olympic marketing activities in the South Korean restaurant and food and beverage industries remain uncharacteristically tepid.

This reflects that the sentiment that Olympic fever is not as strong as in the past due to the pandemic.

Coca-Cola Beverage Co., one of the official sponsor of the Olympics, has no special marketing plan for this Olympic period.

Despite being listed as a major sponsor by investing a huge amount of money, Coca-Cola is not promoting Olympic marketing for domestic consumers in South Korea.

Other companies also remain passive in Olympic marketing. This is quite different from the past when they staged a variety of events under the concept of cheering for South Korea without using the term Olympics if they were not official sponsors.

“This mood reflects the strict social distancing rules resulting from the fourth wave of the coronavirus pandemic as well as the unfavorable social views about the opening of the Tokyo Olympics,” an official from the restaurant industry said.

Nonetheless, some companies with specialty in fried chicken, fast food and home meal replacement (HMR) who are expected to benefit from the prolonged trend of staying at home are staging Olympic marketing activities.