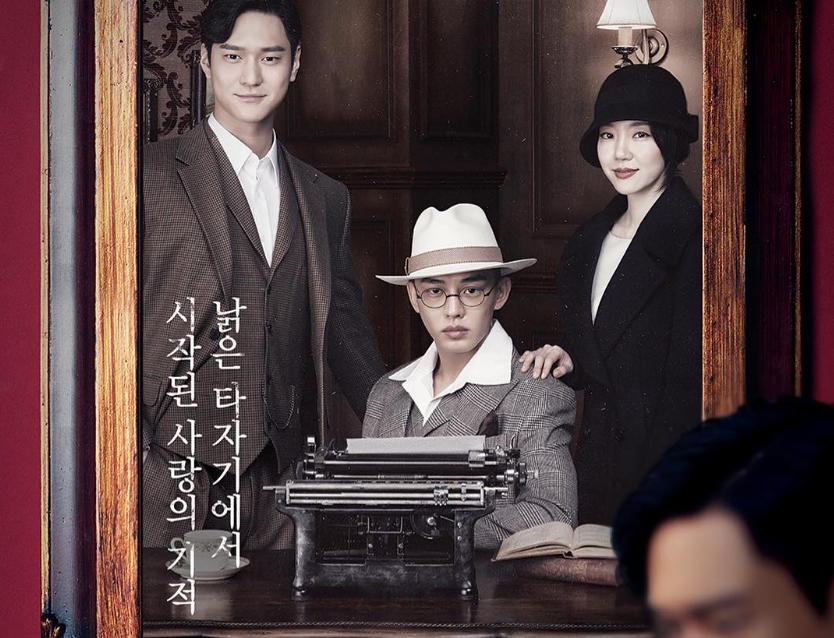 SEOUL, Apr. 6 (Korea Bizwire) — South Korea’s TV dramas have seen a glut of time-slip works in recent years, with varying degrees of success. Series such as “My Love from the Star” and “Guardian” have enjoyed enormous success, while ambitious, high-budget series “Saimdang” is still struggling to make an impact.

On the heels of the success of “Guardian,” tvN has tried to further cash in on the craze with “Tomorrow With You,” only to fail with miserably low ratings. But apparently tvN isn’t disheartened, as it prepares to roll out its latest time-slip series “Chicago Typewriter,” starring Yoo Ah-in and Lim Soo-jung.

“Its hard to define this drama with a particular genre. It’s a mish-mash of different colors, tones and stories,” Kim Chul-kyu, director of “Chicago Typewriter,” told reporters on Wednesday at a media event at the Imperial Palace Hotel in southern Seoul.

Yoo is cast as Han Se-joo, a star writer with a hypersensitive and fussy character who goes through writer’s block. The story revolves around Han and his secret ghostwriter, played by Koh Kyung-pyo, and a die-hard fan girl played by Lim, who later turns into Han’s worst critic.

A mysterious antique typewriter acts as a conduit for the three to travel 70 years back in time, living as dissident writers during Japan’s colonial rule of Korea. According to director Kim, the series starts off comedic in the modern day but later explores complex and serious themes related to Korea’s independence movement.

“The show later contains heavy drama, anger and frustration of the youth who have lost their country, and the camaraderie among independence activists,” the director said.

Lead star Yoo said he is having fun fleshing out his character who is “complex and deep inside.”

“My mission and homework seems to be expressing an inner complexity. He’s not a person who’s obvious and we don’t know what kind of inner thoughts or pain he has,” said Yoo, adding he finds common aspects between his character and himself.

Lim, Yoo’s opposite, returns to television for the first time in 13 years. She said she was mesmerized by the script from the first read, particularly by Yoo’s character.

Lim said she was confident “Chicago Typewriter” will show a differing time-slip aspect from other similar works.

Yoo, meanwhile, said that he’s received his fourth physical check up for military enlistment on March 15 and is awaiting the results.

“I believe the Military Manpower Administration (MMA) is trying to reach a conclusion carefully given the particularity of my case and much media attention,” said Yoo.

The star underwent several medical examinations in 2015 and 2016 but the MMA each time put off the decision on whether or not to admit Yoo due to his health. He has received a negative public reaction, being accused of making excuses to be exempted from his national duty.

“The military isn’t something I can choose or not. I’m not even a person of power, so how would I even pull off that kind of corruption,” Yoo explained, asking the public to wait patiently along with him.