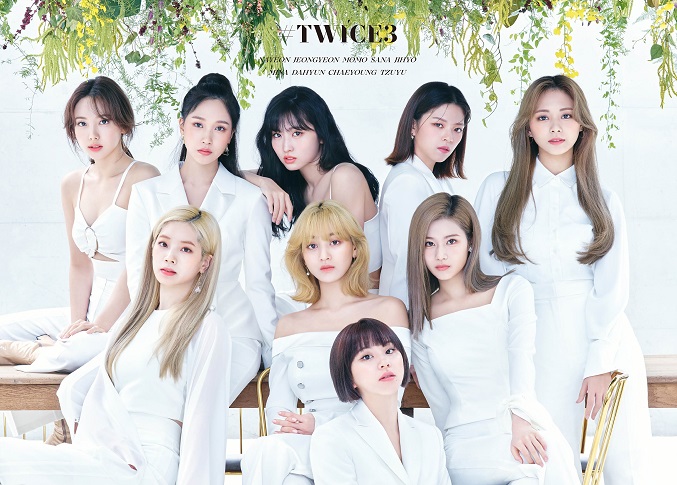 SEOUL, Sept. 17 (Korea Bizwire) — K-pop girl group TWICE debuted at the top of two daily music charts in Japan with its latest compilation album “#TWICE3,” according to its agency Thursday.

The record’s pre-release single “Stuck in My Head” also topped the weekly Top 100 chart run by Line Music after its release on Sept. 2.

The nine-member K-pop band, which has three Japanese singers and a Taiwanese member, commands a strong fan base in the neighboring country. The group has sold over 3.82 million albums in Japan since its 2017 official debut there.

Since debuting in South Korea in 2015 with “OOH-AHH,” TWICE has become one of the biggest girl groups in the K-pop scene, churning out back-to-back hits, including “Cheer Up,” “TT,” “Knock Knock,” “Signal,” “Likey” and “Heart Shaker.”