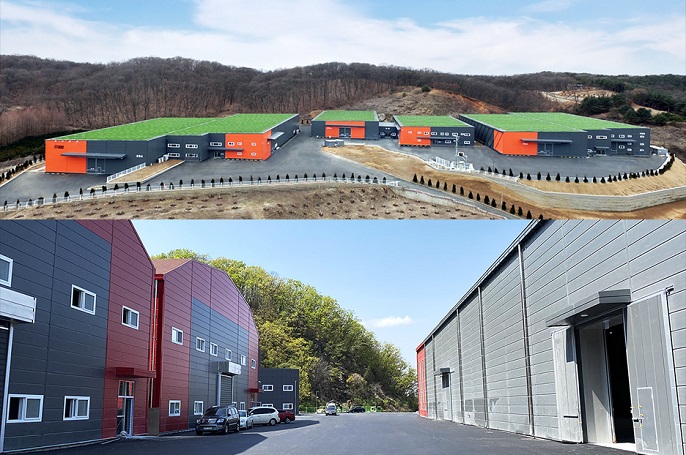 This photo, provided by Netflix Inc. on Jan. 6, 2021, shows its new filming studios in northern Gyeonggi, north of Seoul.

CJ ENM said the new joint venture will invest 400 billion won (US$365.3 million) in production costs over the next three years in a move to acquire competitive content as rivals eye a greater slice of the market.

Netflix Inc. has spent 770 billion won on making Korean titles since 2015, while local player Wavve, which launched in 2019, has promised to invest 300 billion won in content production until 2023.

The U.S. streaming giant has recently made further inroads in producing Korean content, announcing this week that it has rented out 16,000 square meters of filming studio space in Gyeonggi, north of Seoul.

Netflix has enjoyed success in the country on the back of its hit Korean titles, such as the zombie thriller series “Kingdom” (2019), with its paid users in the local market estimated at 3.6 million as of October last year, according to data tracker WiseApp.

The focus on original content production comes as the market faces new competition this year, such as from Walt Disney Co.’s flagship streaming service Disney+ and industry outsider and local e-commerce giant Coupang.

The U.S. media titan has said it will enter the South Korean market sometime this year and is poised to bring its massive catalogue of original content that ranges from its Star Wars series to the Marvel Cinematic Universe.