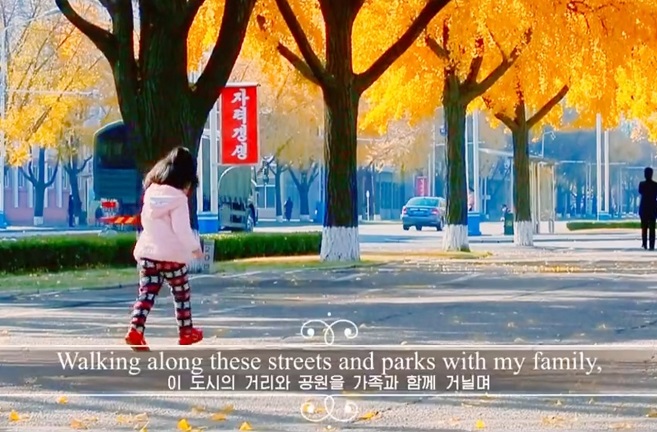 This photo, captured on Nov. 6, 2020 from Echo of Truth, a YouTube Channel believed to be operated by the North Korean authorities, shows a street with autumn foliage in Pyongyang. (Yonhap)

A YouTube channel named Echo of Truth Returns had been used as a North Korean propaganda outlet before it was removed from YouTube on Friday.

The account, originally created under the name Echo of Truth, posted video shows hosted by a North Korean woman named Eun-ah, before it was shut down last month.

A new account was opened on Dec. 22 to replace the suspended channel.

Red Star TV, a YouTube channel hosted by a North Korean living in Russia, was also shut down on Thursday.

A new channel was soon created and is currently streaming videos from the North’s state Korean Central Television.

YouTube has been tracking and shutting down North Korean channels for years.

These channels, feigning private accounts, are suspected of being run by North Korean authorities as they post propaganda videos of the North Korea’s stature as ‘normal state’, and North Korean citizens normally do not have access to the internet.