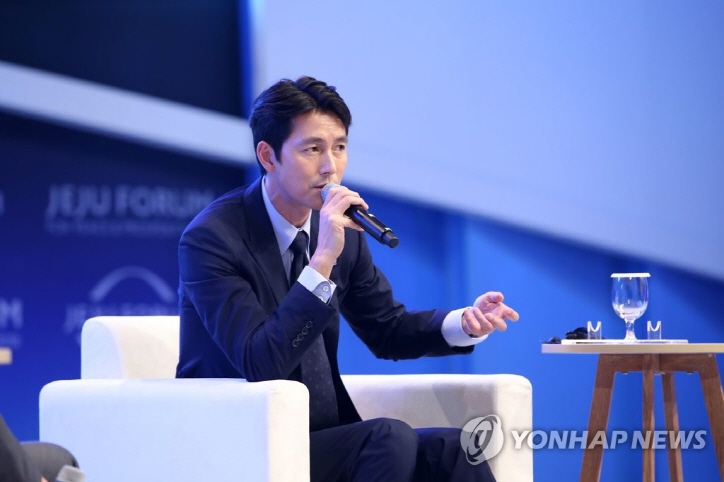 JEJU, Jun. 27 (Korea Bizwire) — As the national debate over the hundreds of Yemeni refugees arriving in Jeju heats up, the U.N. refugee agency’s goodwill ambassador, actor Jung Woo-sung, has said he was willing to voice his opinion “if necessary.”

Jung, as a participant at the 13th Jeju Foum for Peace and Prosperity held on the island yesterday, also said that he was worried about emotionally-charged comments online that steered away from the discussion at hand regarding the refugee crisis.

“Some people have asked me whether the human rights of refugees are more important than our own rights,” said Jung, who went on to say, “Refugees are also human beings whose human rights should be protected.”

Jung’s message to the public was that no one’s human’s rights should be marginalized.

In response to the government’s ban on Yemeni visitors to Jeju without proper visas, Jung said that it was “unfathomable” considering the human rights of the Yemeni.

The measure to limit the inflow of refugees by requiring visas is dangerous, said Jung, because it may mean that the refugees will not be able to get help in other nations as well.

Having been appointed as a goodwill ambassador for the United Nation High Commissioner for Refugees in 2015, Jung’s recent online message posted to commemorate World Refugee Day on June 20 that asked netizens to “be with refugees” was bombarded with hateful replies from those who were against aiding the refugees.

But Jung says that before people rush to take sides, what should come before is to talk about the differences in opinion and understanding regarding the issue.