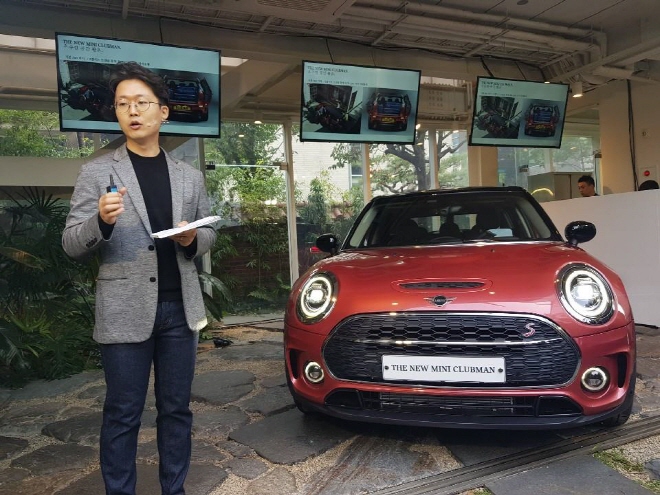 SEOUL, Oct. 21 (Korea Bizwire) — BMW Group Korea said on Monday that it expects to sell over 10,000 MINI models in South Korea this year amid efforts to regain ground following a sales drop caused by some cars catching fire last year.

The German carmaker is on track to sell more than 10,000 MINI models — composed of the MINI three-door, five-door, Clubman, Countryman and Convertible — in South Korea this year, the company said in a statement.

In the January-September period, BMW Group Korea sold a total of 7,438 MINI models, up 9.3 percent from 6,803 units a year earlier, it said.

The MINI models are available as gasoline or diesel versions, except for the convertible.

On Monday, the group added the face-lifted MINI Clubman model to its lineup for the Korean market.

The 2.0-liter gasoline MINI Clubman went on sale, with the diesel-powered model set to be released later this year, Ye Sung-jun, a product manager at MINI Korea, told reporters.

BMW vehicle sales declined as customers were turned off by a string of engine fires last year brought on by faulty exhaust gas recirculation (EGR) coolers and pipes, mainly in the 520d model.

BMW said it is in the final stage of the recall of 171,000 BMW and MINI models to fix the faulty EGR parts.