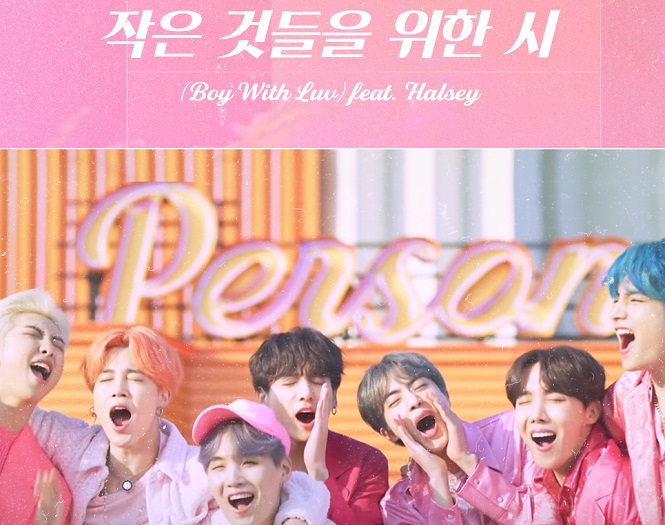 SEOUL, Nov. 24 (Korea Bizwire) — The music video for the K-pop supergroup BTS’ 2019 hit “Boy With Luv” surpassed 1.4 billion YouTube views for the first time among videos from the group Wednesday.

“Boy With Luv,” the main track of the septet’s sixth EP “Map of the Soul: Persona,” hit the milestone at around 10 a.m., according to the group’s management agency Big Hit Music.

The feat was achieved about four months after the video passed the 1.3 billion mark.

The upbeat track, featuring American singer-songwriter Halsey, was released in April 2019. It debuted at No. 8 on Billboard’s main singles chart and stayed on it for eight consecutive weeks.

Including “Boy With Luv,” the K-pop giant now has a total of 35 music videos that have garnered more than 100 million views.