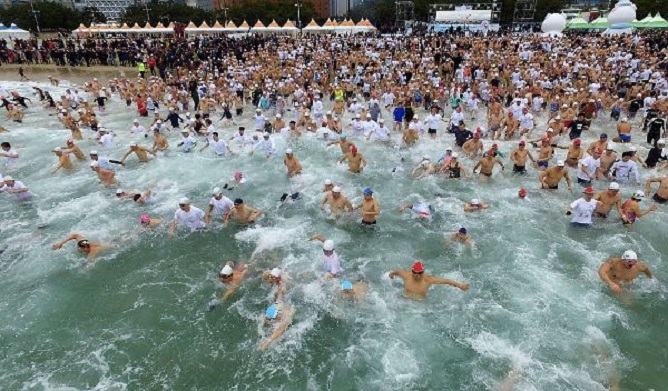 BUSAN, Jan. 7 (Korea Bizwire) – On January 6, a sunny day at Busan’s Haeundae Beach, some 4,000 people jumped into the ocean as part of the Haeundae Polar Bear Festival.

The swimming contest, the highlight of the festival, brought together a range of participants from little children all the way to seniors over seventy years old.

Some 200 foreigners attended the event flying their national flags.

“The idea of jumping into the ocean in winter scared me at first, but now, I feel like I can start the new year with stronger confidence,” said Ji Young-sung, a participant in the winter swim. 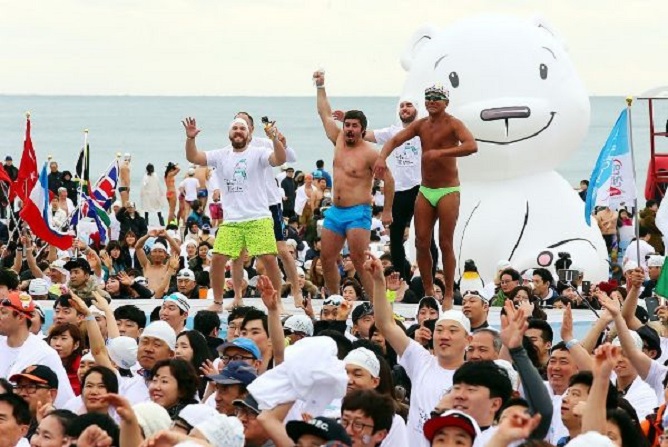 The Polar Bear Festival commemorated its 32nd anniversary since its launch in 1988 to celebrate Seoul’s hosting of the Summer Olympic Games.

The BBC named this event as one of the world’s Top 10 Unusual Winter Sports in 2011.

The festival held exhibitions of polar bear statues, campaigns to protect the polar bears, ice bucket challenges, and other side events.