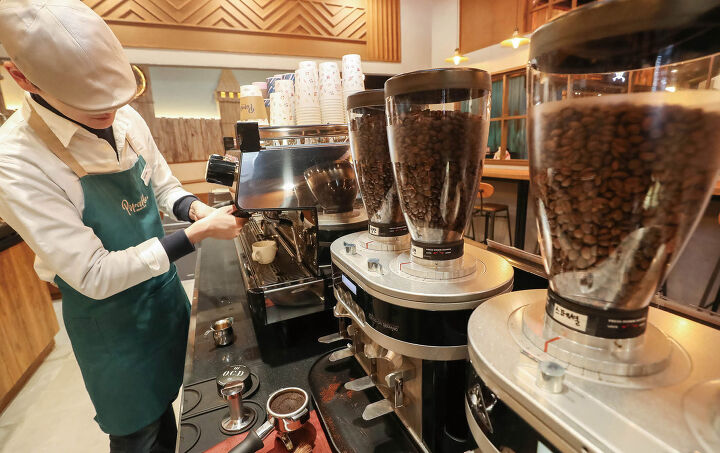 Unlike other sluggish industries, the coffee and beverage sectors grew at a fast pace. (Yonhap)

SEOUL, Jan. 21 (Korea Bizwire) — Although there have been many rumors that the food service industry is in a slump, it is actually growing steadily at an annual rate of 9 percent, according to a recent study.

Analysts say the gap between business sentiment and the real economy is widening as the polarization between sectors is deepening.

According to a survey conducted by Kim Young-gap, a professor at Hanyang Cyber University, using a big data business analysis system from consulting firm NICE Genie Data, the size of the Korean food service industry was estimated to exceed 180 trillion won (US$155.2 billion) last year.

Unlike other sluggish industries, the coffee and beverage sectors grew at a fast pace of more than 20 percent, leaving other industries far behind.

On the other hand, general bars saw a negative growth of -1.3 percent, showing reversed growth among major industries. Buffets grew by 0.5 percent and Western food grew by 3.8 percent, which also illustrates poor growth.

In the number of restaurants, coffee and beverage companies also ranked first with a 19 percent increase, far ahead of the confectionary, baking, rice cake and cake industries with a 8.7 percent increase.

Major customers of the food service industry are likely to be reorganized into those in their 20s and 50s and 60s.

In terms of the rate of increase and decrease for consumers by gender and age at food service establishments, the number of people in their teens and 30s and 40s declined, while that of men in their 50s and 60s and 20s increased.