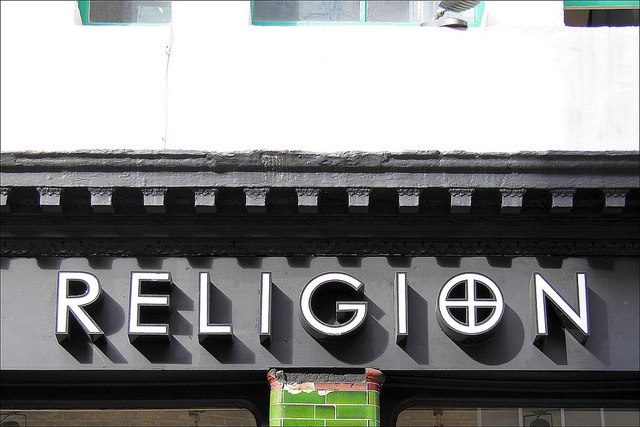 An atheist group from Seoul National University ‘Free Thinkers’ has grown tired of excessive Christians stopping people that they have started to make and distribute ‘Say No to Unwanted Preaching’ cards recently. (image credit: loop_oh @ flickr)

SEOUL, Korea, Sep 11 (Korea Bizwire) – An American TV series ‘Gilmore Girls’ was a huge success all around the world. The series follows a story of a teenage girl and ups and downs of her life and her friends. One of her closest friends is a Korean-American girl whose mother is undeniably a devout Christian.

Koreans in the American media have been largely described as fervent Christians, and rightfully so. That’s due to the fact that Korean community churches in the U.S., since the first generation of Korean immigrants ever landed on North America soil, have been providing shelters and communal ties for Korean immigrants.

If you ask any Korean about lives of their longtime-no-see relatives immigrated to the U.S., you will get one or two stories about their church life in America. Korean immigrants often find themselves attending churches not for religious interest but just for making friends from back home and keeping up with Korean community relationships.

Churches in Korea are not so different in that regard. Young Korean people go to church to build new relationships. Aged Koreans also find church as a gathering place of various interest groups. For example, some go to a certain church where their boss attends, for the purpose of socializing with the boss out of office.

Thus Christianity in Korea is certainly not perceived as a fundamental part of Korean ethos, but as a social compound of imported values and contemporary Korean living. Even though some Koreans openly express their uneasiness towards strongly committed fellow Korean Christians on the street approaching anybody for proselytization, atheism in the Western context never arise to the surface in Korean society.

Even though some fanatic Christians shout everyday about the glorious Lord with hyper-enthusiasm in the subway and yell in your face that you’ve booked a one-way ticket to Hell just because you ignored his or her loud-hailed ‘preaching’ on the street, Koreans just bash these extremities just under social chitchat. Atheism was never a ‘movement’ due to the fact that a lot of Koreans also get social benefits from churches in Korea, well, until now.

An atheist group from Seoul National University ‘Free Thinkers’ has grown so sick and tired of these excessive Christians stopping people that they have started to make and distribute ‘Say No to Unwanted Preaching’ cards recently. These cards state words of polite refusal to evangelism, such as phrases like ‘I do not wish to practice any religion’ and ‘Please don’t bother me with unwanted preaching.’

People can now just hand over the card to street preachers and keep going their way without having to deal with them. Free Thinkers have been first organized as a college group in KAIST, and more atheist groups under the name of ‘Free Thinkers’ are being formed in other major universities like Korea University, Sungkyunkwan University, and Postech.