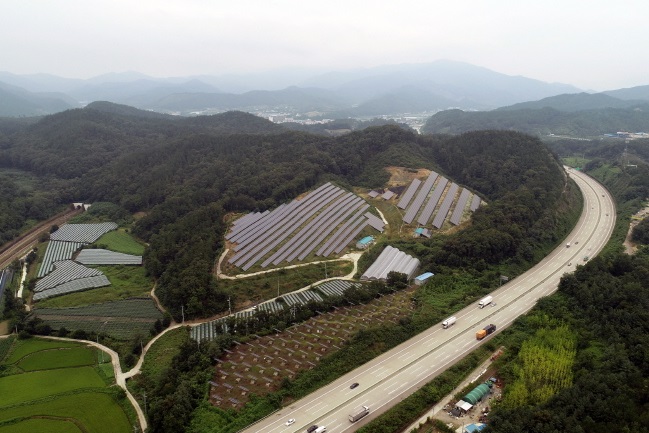 Yeongdong County is also in the process of filing a lawsuit regarding the 1-megawatt solar power plant, which is being built in the jurisdiction of another construction project. (image: Yeongdong County Office)

YEONGDONG, Sept. 5 (Korea Bizwire) – A series of court rulings have been made indicating that local governments are justified in disallowing solar power facilities that are recklessly installed amid the renewable energy craze.

On June 29, the Supreme Court rejected an appeal filed by a solar power company against Yeongdong County, North Chungcheong Province, to cancel the illegal disposal of development activities, and upheld the original ruling.

When the company pushed for a 996-kilowatt solar power plant in 2017 in the city’s mountains, local authorities rejected the idea, citing concerns over damage to natural scenery and landslides.

The company then filed a lawsuit against the county.

However, the court ruled in favor of the local government, saying, “The losses to the plaintiffs are not greater than the public interest.”

Yeongdong County is also in the process of filing a lawsuit regarding the 1-megawatt solar power plant, which is being built in the jurisdiction of another construction project.

Meanwhile, the Changwon District Court in South Gyeongsang Province on Monday rejected a lawsuit filed against the city of Miryang by a businessman who was denied permission for development activities to set up a solar power facility.

The public interest to prevent the destruction of the ecosystem was significant enough to take priority over private interests, the court noted.