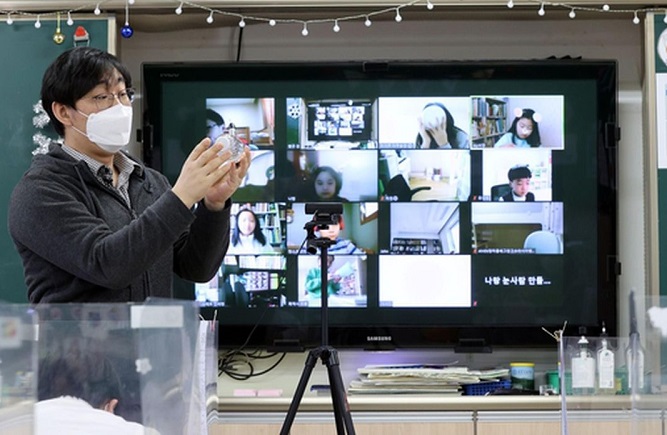 “The ministry is planning to expand in-person instruction this year, either by giving schools more leeway, or expanding exceptions” to the government’s health protocol on the issue, a ministry official told Yonhap News Agency on Sunday.

The greater Seoul area, where nearly half of the country’s 51.8 million population live, is currently under the second-highest level of a five-tier restriction system, under which the school attendance cap is set at one-third for elementary and middle schools, and two-thirds at high schools.

In the past year, school children received a hybrid model of in-person and remote learning, depending on the seriousness of the pandemic. School reopenings were delayed multiple times, causing confusion among parents, pupils and teachers.

This year, however, schools are expected to run more normally, and more exceptions will be made to the attendance rules, especially for first-graders at elementary schools who generally need time to adjust to a new school environment.

Calls for less online teaching also reflect a growing concern among educators and parents that a learning gap has been widening due to differences both in each child’s self-directed learning capabilities and home learning environments.

Working parents have been complaining that it is challenging to juggle between working and supervising children during online classes. 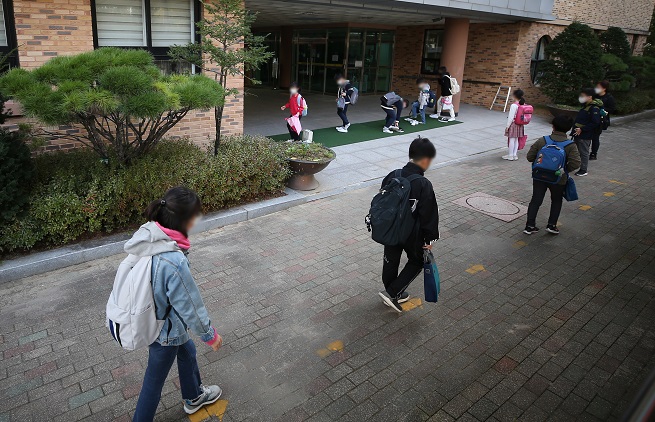 In the undated file photo, children go to school. (Yonhap)

Echoing the concern, President Moon Jae-in emphasized the need for more in-person teaching during a New Year’s press conference a week ago.

In a recent paper that she co-authored with a team of researchers at the College of Medicine of Hallym University, she found that only three children got the virus at school, among 127 COVID-19 patients aged 3-18 who fell ill during May 1 and July 12.

The paper concluded that schools are not a dangerous environment for kids during the pandemic and that the goal of the public health agency “should not ban kids from going to school (to avoid potential health threats) but achieve social values of school life and helping continue to educate children.”

On Saturday, Prime Minister Chung Sye-kyun noted the challenges of prolonged remote learning and ordered officials to prepare for a smooth, expanded school opening in March, when the new academic year starts.