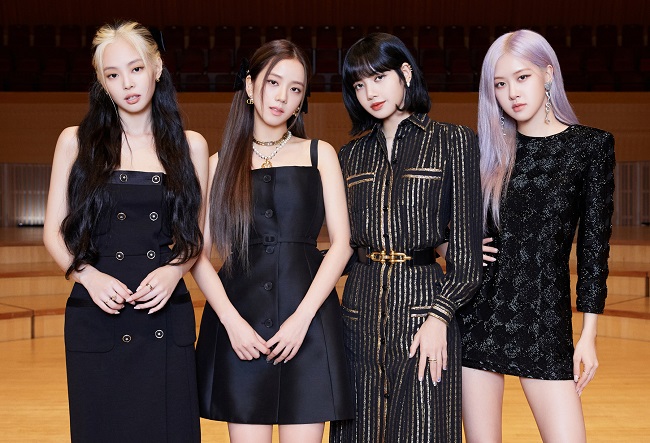 This photo provided by YG Entertainment shows K-pop girl group BLACKPINK posing for a photo at a press conference held at Lotte Concert Hall in Seoul on Jun 26, 2020.

SEOUL, Aug. 6 (Korea Bizwire) — Throughout the course of the COVID-19 pandemic, the strength and popularity of K-pop, a bedrock pillar of South Korean soft power, has proven to be as unrelenting and far-reaching as the virus itself.

According to the Korea Music Content Association-operated Gaon chart, the number of top 100 albums sold during the first half of 2020 soared 42.1 percent on-year to 16.42 million, with BTS alone moving 4.26 million records of its latest album just in South Korea.

Albums by Seventeen and Baekhyun of EXO also sold handsomely, with each selling over 1 million copies.

BLACKPINK has also made a huge splash with its latest single “How You Like That” both at home and abroad.

And with the sudden retro music boom from the SSAK3 phenomenon, the state of the industry — despite in-person live concerts still being considered somewhat precarious — comes across as more palpably exciting than it has ever been before.

Going forward, the month of August is forecast to be one of the biggest months for K-pop this year, with major acts having lined up to release new materials. 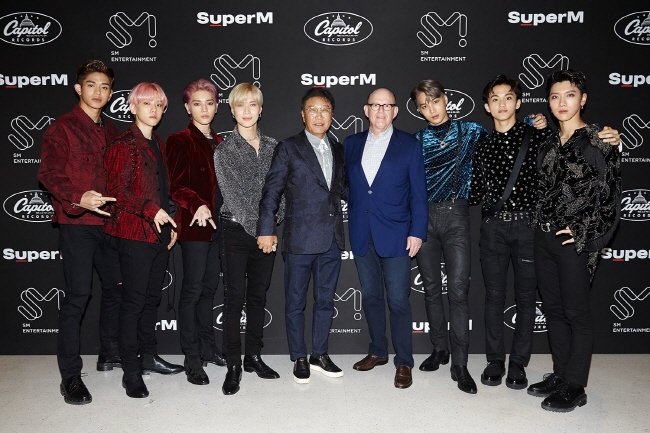 SM Entertainment project boy band SuperM on Thursday released a teaser for its new single “100″ to be dropped on Aug. 14, the first in a multi-phase rollout of the group’s first studio album, “Super One,” to be unveiled on Sept. 25.

The group, formed of seven members from SM’s boy groups SHINee, EXO, NCT 127 and WayV, made an impactful debut in October of last year, with “SuperM: The 1st Mini Album” topping the Billboard 200 albums chart to become the second K-pop group to do so after BTS.

Following “100,” SuperM plans to release a follow-up single, “Tiger Inside,” the second pre-release track from “Super One,” on Sept. 1.

K-pop behemoth BTS plans to drop a new single album, titled “Dynamite,” on Aug. 21. According to the Korean septet, the song was initially intended to be part of its new album targeted for a fall release.

“We decided to pre-release the single due to our wish to present it as soon as possible,” BTS leader RM said while previewing the song on July 26 on the band’s Naver’s V Live platform.

“We also hope to provide some immediate energy to fans who may be going through tough times due to the new coronavirus crisis.”

The band plans to present the television performance debut of “Dynamite” at the 2020 MTV Video Music Awards in the United States on Aug. 30 (local time) in pre-taped video footage.

A week after BTS’ “Dynamite” release, BLACKPINK will on Aug. 28 drop its second pre-release single from the quartet’s upcoming new album slated for an October release, according to YG Entertainment.

The new BLACKPINK song is expected to be highly watched, considering how “How You Like That,” the first pre-release track, garnered an enormous international following, setting five new Guinness World Record titles with the song’s music video on YouTube and landing at No. 33 on the Billboard Hot 100 chart in the U.S.

The band’s label-agency YG Entertainment has announced that the yet-to-be-named track will feature collaborating artists, with online rumors and reports alleging American pop singer Selena Gomez to be a strong candidate.

BLACKPINK has collaborated with international artists Dua Lipa and Lady Gaga in the past.

Cube Entertainment’s (G)I-dle also made an impressive comeback Monday, with its new single “Dumdi Dumdi” having conquered over 41 regional iTunes Top Song charts, including in Thailand, Singapore, Finland and Saudi Arabia, upon its release. 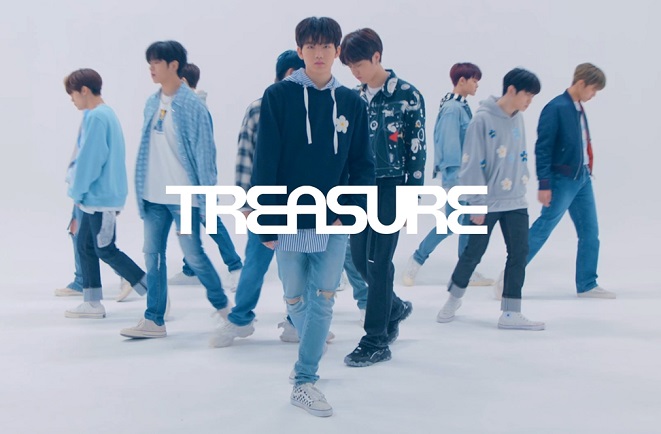 Solo heavyweights are also making comebacks, with Kang Daniel of now-disbanded hit project group Wanna One having released “Magenta,” the second of the singer’s color-themed trilogy series, on Aug. 3.

Despite having no group discography under its belt, the 12-piece boy band has attracted quite a following on the internet. The group has already amassed 1.23 million subscribers on its YouTube channel.

The band has also reached No. 12 on the Billboards Social 50 chart, while the band’s lead vocalist, Yedam, released a solo song last month.

The ’90s-style retro music boom as of late is also expected to last for the time being.

Ignited by the explosive debut of SSAK3, a project K-pop band launched for the MBC TV weekend variety show “Hangout with Yoo,” the recent popularity of the nostalgia-triggering music is expected to resonate deeper into August and perhaps even beyond.

SSAK3′s three group songs — “In Summer,” a remake of the iconic 1994 dance hit by Deux, “Beach Again” and “Play That Summer” — along with the three solo tracks released Saturday all remained on the top tiers of every domestic music streaming services.

The halo effect of SSAK3 is expected to last for a while as Lee has decided to form a separate project girl group with Mamamoo member Hwasa, soloist Um Jung-hwa and rapper-singer Jessie.