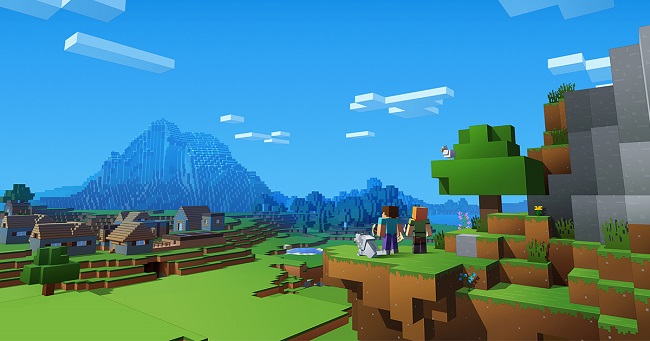 Toty is the name of a broadcaster who has become a star, showing her Minecraft game play on the Internet. (Image: Minecraft Website)

SEOUL, Oct. 6 (Korea Bizwire) – In a scene on last month’s Infinite Challenge, one of the most popular reality shows in Korea, MC Yoon Jaeseok in his 40s asked a six year old boy what TV show he liked the most. He answered “Toty”. The MC could not continue the interview and had to ask what it was.

Toty is the name of a broadcaster who has become a star, showing her Minecraft game play on the Internet. The initial bafflement MC Yoo encountered is a common experience among many middle-aged people when talking to their young children.

Live game broadcasting has become a mainstream part of youth culture on the back of ubiquitous use of smart phones and Internet broadcasting.

According to the IT industry on October 4th, live game broadcasting existed back in the late 1990s when Starcraft became a mega hit. Back then, game playing was broadcast on few specialized game channels exhibiting the nature of gaming culture.

However, the trend changed dramatically after mobile broadcasting platforms like YouTube grew rapidly after 2010. Game broadcasting has now become widely-enjoyed content. In addition to Toty, game broadcasters like Big Library and Yangdding are enjoying popularity comparable to that of entertainment industry celebrities.

Game broadcasting now accounts for 65% of all the traffic on Afreeca TV, while nearly the half of Kakao TV viewers are game-watchers. (Image: Minecraft Website)

Game broadcasting now accounts for 65% of all the traffic on Afreeca TV, while nearly the half of Kakao TV viewers are game-watchers.

“The keys to the success of game broadcasting is the ease of video production, and growing demand, as the gaming population continues to grow,” noted an official in the industry.

There are still many issues to be addressed. While there are many under-aged viewers, it is very difficult to regulate inappropriate conduct, including the use of abusive or hateful language among some broadcasters. Since game broadcasting is usually done live, and accidental acts and utterances are likely to take place, institutional measures need to be adopted to reduce low quality and harmful content.