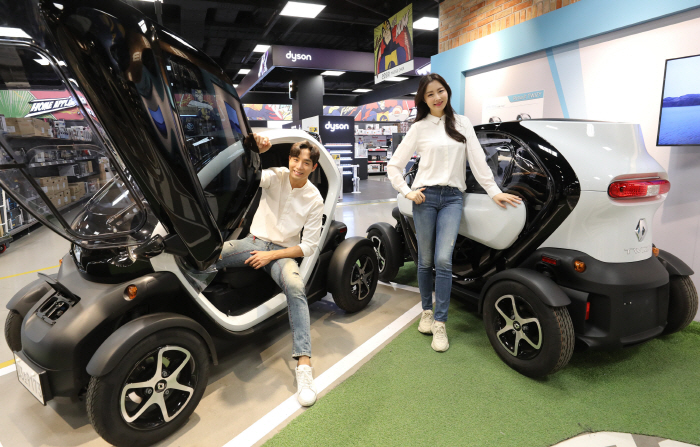 SEOUL, Mar. 8 (Korea Bizwire) — E-Mart Inc. announced its plans on Thursday to sell Twizy, an electric vehicle designed by Renault Samsung Motors Corp., at 25 of its stores across the country.

Twizy is an urban compact two-seater that accounts for almost 80 percent of the market for small-sized electric vehicles in South Korea. Renault Samsung sold 1,500 of them last year domestically.

“It will be a meaningful initiative for us to work with a local company to expand the market for compact electric cars,” said E-Mart.

E-Mart installed charging stations in the parking lots of 13 stores and plans to add stations at 35 other branches this year. 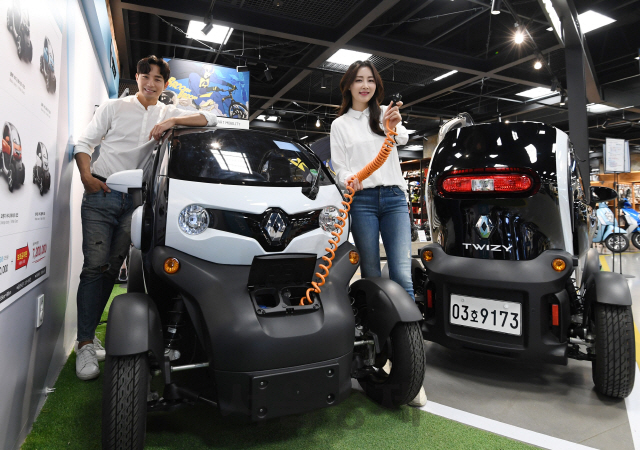