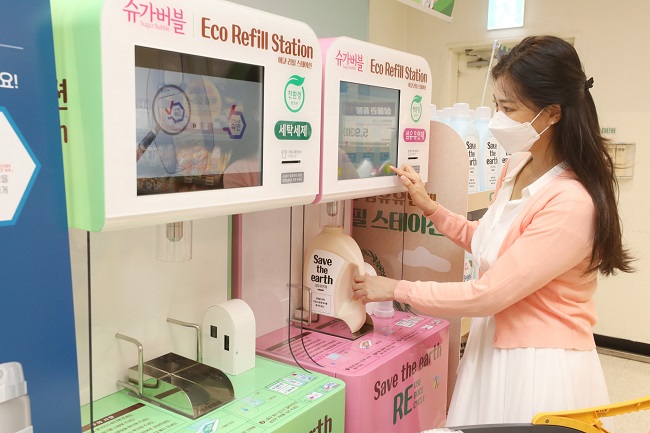 Since September, E-Mart has been running Eco Refill Stations at a store in Seongsu-dong, Seoul and E-Mart Traders, a warehouse club, in Anseong, Gyeonggi Province. 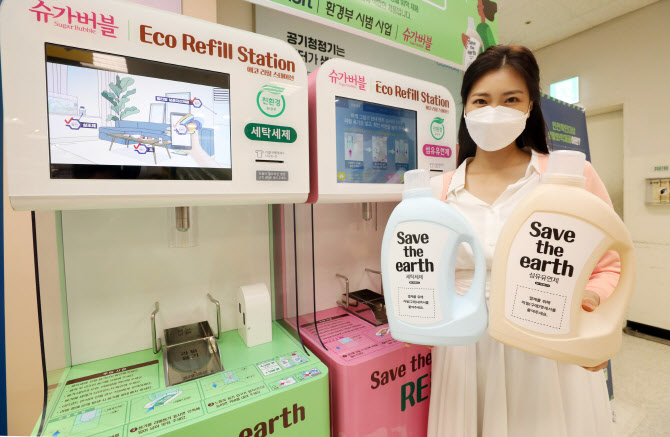 Eco Refill Stations are vending machines that sell eco-friendly refills of detergent and fabric softener made by Sugar Bubble Co.

Customers can benefit from discounts of 35 to 39 percent compared to regular prices.

E-Mart reported that an average of 1,000 customers use the stations each month, garnering a positive response from homemakers.