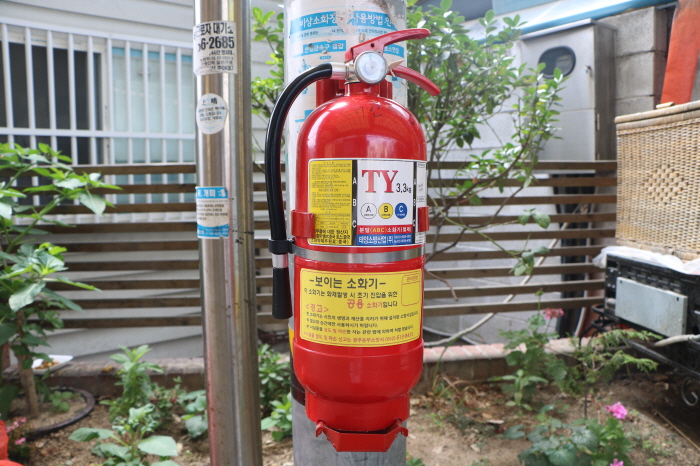 GWANGJU, Mar. 6 (Korea Bizwire) — The Daein Market, Gwangju’s most representative traditional market, stood against the danger of massive fire, thanks to the so-called ‘visible fire extinguishers’.

On a Tuesday morning, a fire broke out in one of the food stores inside the Daein Market, which might have easily spread across closely packed shops and vendors nearby.

Shop owners and neighbors who saw the fire quickly brought fire extinguishers installed in various locations inside the market to fight the fire.

The fire extinguishers in the Daein Market are installed in locations where people can easily find them. Soon, firefighters from a fire station only 300 meters away arrived to completely extinguish the flames.

The fire was extinguished within just 20 minutes, but it was more than enough to completely destroy three shops and damage several other vendors’ facilities.

The fire extinguishers were installed by Gwangju’s Fire and Safety Headquarters to minimize fire damage at traditional markets.

A total of 1,365 fire extinguishers were installed in February at 25 traditional markets in Gwangju.

“The first five minutes of fighting a fire are crucial, and the fire extinguishers were as effective as a fire truck when fighting a fire in its early stages,” said the Gwangju Fire and Safety Headquarters.