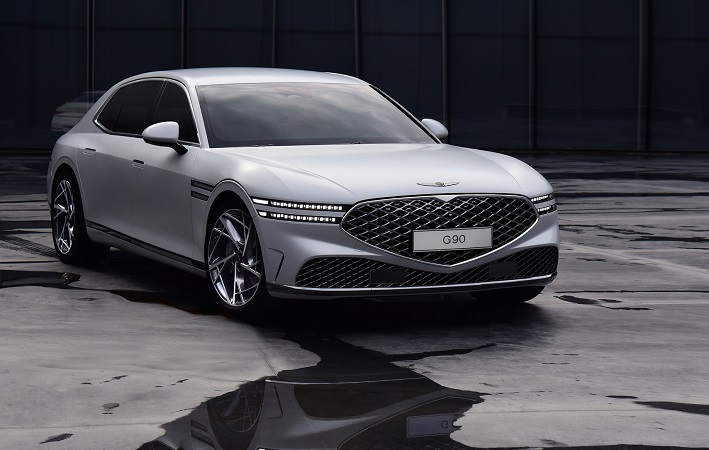 This file photo provided by Genesis shows the front design of the new G90 sedan.

SEOUL, Nov. 30 (Korea Bizwire) — Genesis, the luxury brand of Hyundai Motor Co., on Tuesday unveiled the exterior images of the all-new Genesis G90 sedan ahead of its local launch next year.

The G90 is a fully revamped model following its face-lift in 2018.

Genesis plans to launch the flagship G90 sedan and its long wheelbase version in the domestic market early next year, a company official said.

Under the brand’s design philosophy of Athletic Elegance, the new G90 features an extension of Genesis’ “two-line” design with two sets of lights in the front and rear.

The model has a short front overhang with a long clamshell hood that spans the entire width of the car. Its front exterior consists of a new crest grille and sleek two-line lamps located on both sides of the grille. 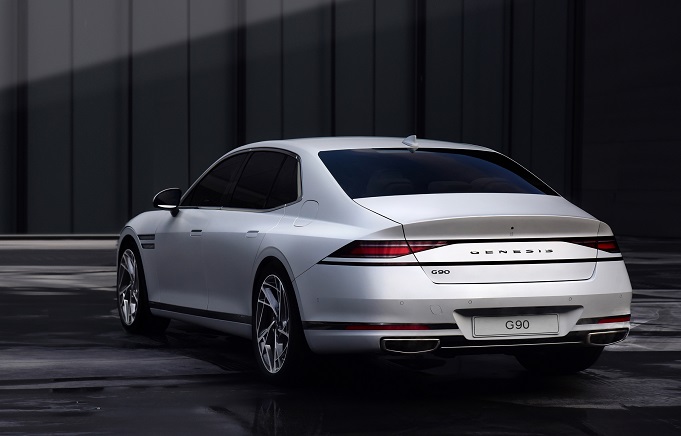 This file photo provided by Genesis shows the rear image of the new G90.

The sides are almost completely devoid of adornment, with a parabolic line that runs from the front to the rear, while in the rear, there are separate rows of light emitting diode (LED) bars stretching across the entire width of the bumper and tailgate.

The G90 long-wheelbase model is 19 centimeters longer than the G90 standard model, and this allows for more spacious rear seats.

With the G90, Genesis plans to strengthen its presence in the global luxury sedan market. Details about the model will be released at the time of the launch in Korea.