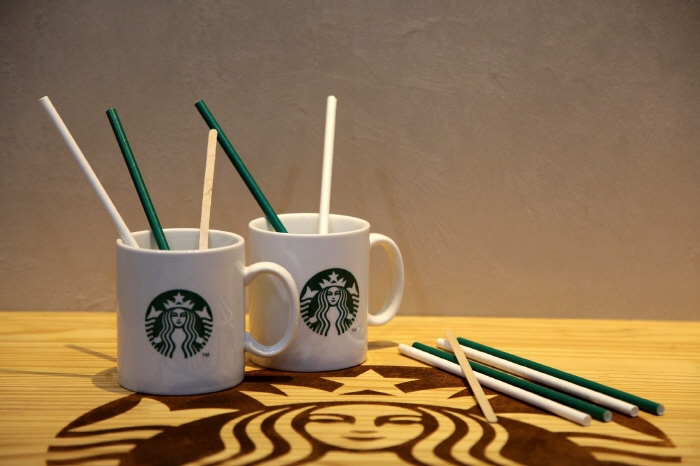 SEOUL, Oct. 1 (Korea Bizwire) — A series of criticisms has been raised that what the government or private companies pushed for with the aim of protecting the environment ignored consumer convenience and reality.

Recently, a Starbucks customer shared on social media the inconvenience felt while eating pudding purchased at one of the coffee giant’s shops.

At the time, the customer said he was eating at the store, but instead of providing him with a metal spoon, he received a wooden spoon.

Starbucks Coffee Korea Co. has been staging a Greener campaign since July of last year with the aim of reducing the use of plastic in its stores.

Instead of plastic, however, spoons made of wood did not have a coating, so every customer had to feel uncomfortable whenever they ate pudding.

Furthermore, uncoated wooden spoons were rough along the edges as the finishing process was not done properly.

“While the purpose of reducing plastic is good, it seems like a bit of a backwards situation where people use disposable products because they are uncomfortable with substitutes,” the user said.

Starbucks Coffee Korea said it would try to “improve” the problem, saying that it was aware of some of the shortcomings of its current offerings.

Critics say the government’s recent restriction on the use of paper boxes when carrying goods at large discount stores is also a far cry from reality.

Paper boxes are more likely to be recycled after being used as packaging materials, which critics say will increase the use of other disposable products such as plastic bags.

One netizen claimed that more people will use delivery services that require the use of layers of disposable products rather than those who have large shopping bags and go shopping.

Lee Seung-shin, a consumer information professor at Konkuk University, pointed out that “the ban on the reuse of paper boxes at large discount stores is partly due to excessive disregard for the convenience of consumers.”

He also noted that “careful measures should be taken in consideration of the convenience of consumers when drawing up regulations on disposable products.”