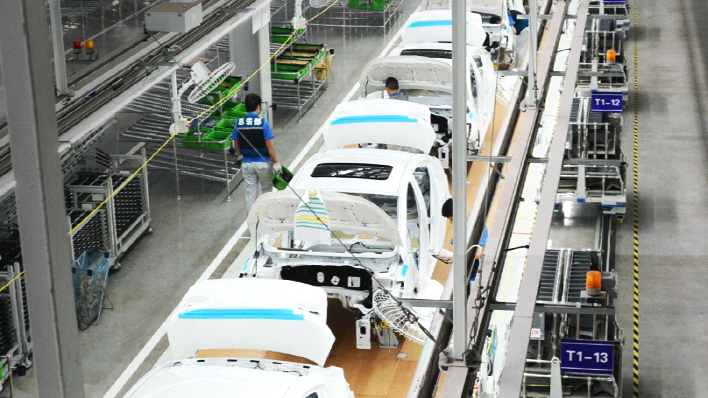 SEOUL, Aug. 11 (Korea Bizwire) — South Korea’s two largest carmakers — Hyundai Motor Co. and Kia Motors Corp. — are highly likely to see their combined auto production in China come below 1 million units this year, the lowest in a decade, as they moved out of the world’s largest auto market to India and others amid a prolonged slump, industry data showed Sunday.

The two South Korean carmakers’ combined auto output was tallied at 441,560 units in the first half, marking a 20.4 percent dip from a year earlier, according to the data compiled by the Korea Automobile Manufacturers Association (KAMA)

Hyundai’s output dropped 24 percent on-year to 287,060 units in the first six months of the year, with the comparable figure for Kia being 153,500 units, down 12.8 percent over the cited period.

Should the trend continue during the rest of the year, their combined auto output in China may be the smallest since 2010, when they churned out 1.04 million units, the data showed.

The two carmakers currently are able to produce 2.7 million units per year in the neighboring country.

The corporate duo’s China output reached 1.16 million in 2016, a year before their sales plunged in the wake of a diplomatic row between China and South Korea over the deployment of a U.S.-led missile defense system here.

In contrast, Hyundai’s output in India increased 1.1 percent in the first half of the year from a year earlier to 351,837 units, and the company is currently working on expanding its output capacity to meet growing demand.

Hyundai’s output capacity in India is roughly at 650,000 units.

Its sister firm, Kia, also started the production of the Seltos SUV in its Indian plant early this month at the 300,000-unit-a-year plant in the state of Andhra Pradesh, located in the southeastern part of the subcontinent.

The company expects the plant will be able to produce 52,000 units this year, and it aims to fully operate it within three years to export Indian-made cars to the Middle East, Latin America and other Asian countries.

For the rest of the year, Hyundai said it will focus on bolstering sales in the U.S. and emerging markets, such as India, though demand in China is expected to continue to remain weak this year.

In China, the company recently suspended the No. 1 Beijing plant, one of its three production facilities, due to its low utilization rate of below 50 percent.