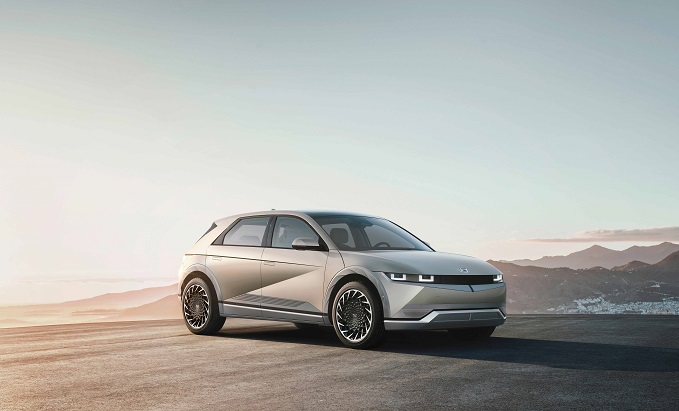 This photo, provided by Hyundai Motor Co., shows the South Korean carmaker’s all-electric IONIQ 5, which the U.S. auto magazine MotorTrend chose as the 2023 SUV of the Year on Oct. 20, 2022.

Hyundai sold 1,193 flagship IONIQ 5 EVs, including hybrid models, in America in November, down 24.4 percent from the 1,580 it sold in October, according to Hyundai Motor America, the U.S. subsidiary of the top South Korean automaker.

Kia’s EV6 sales tumbled 46 percent to 641, compared with the October tally of 1,186, marking the third consecutive monthly decline since September.

The Inflation Reduction Act (IRA), signed into law in August, gives up to US$7,500 in tax credits to buyers of EVs assembled only in North America, sparking concerns over its impacts on sales of major South Korean carmakers.

The two South Korean carmakers assemble their EVs at domestic plants for export to the U.S.

The sluggish sales are “temporary” as shipments to the U.S. decreased with the vehicle shipments in Korea and to other regions around the world in the process, an official from Hyundai Motor Group said.

“Demand remains strong and we expect to see a recovery in sales soon,” the official said.

Despite the fall in EV sales, the automakers’ overall November sales in the U.S. reached a record-high with 125,013 vehicles sold.