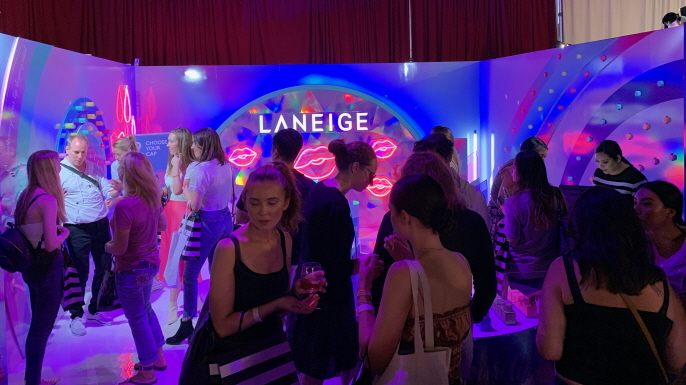 AmorePacific Corp. was the only Korean company to participate in this year’s two-day event held at the Shrine Auditorium and Expo Hall, Los Angeles on last Thursday.

AmorePacific’s brands LANEIGE and Innisfree were on par with global brands such as Laura Mercier and La Mer.

Sephoria, which has been held since last year, introduces the latest beauty trends to the market and popular brands sold at Sephora all at once.

This year, Sephoria’s “hot issue” was by far K-beauty.

Influenced by K-beauty, which uses natural ingredients to focus on skin care, Sephoria has set this year’s theme for “natural” and “clean beauty.”

To that end, only skin care brands that use natural ingredients were gathered separately to create a special zone called ‘The Garden’, which was featured prominently in the center of the venue.

Innisfree, which uses green tea as its main ingredient, drew attention as it was assigned the front booth of “The Garden.” This was a big coup for the brand that entered Sephora just this month.

On the other hand, Japan, which used “J-beauty” to target the global market, failed to get a single brand to participate this year. 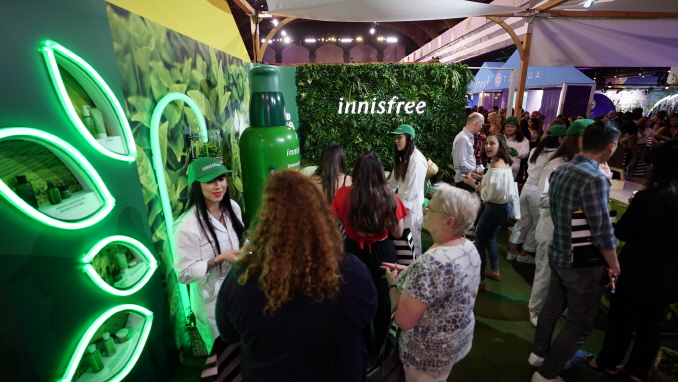 Millennials flocked to the Innisfree booth, which was decorated with a large photo of green tea fields.

Visitors who interested in natural ingredients and skin care showed much interest by smelling green tea or looking at the description of green tea from Jeju Island.

Meanwhile, the popularity of K-beauty was even hotter at the LANEIGE booth on the second floor of the venue.

Sephoria put together three of the most popular brands each in for main items, foundation and lips, to create a separate space on the second floor.

The LANEIGE Experience Zone, decorated with pastel-tones, attracted several times more attendees than other exhibits, causing people to be unable to move forward and detour to the other side.

“The secret to K-beauty’s popularity is that it uses good ingredients, works well, and sells for a reasonable price,” an American visitor said.