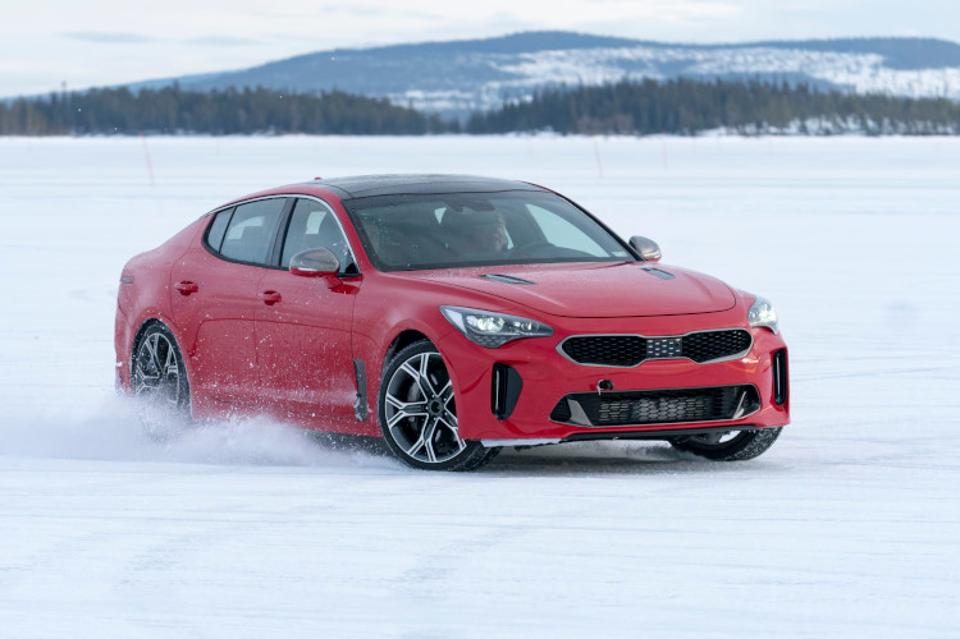 The starting price of the new model, fully equipped with an eight-speed automatic transmission, will be in the upper end of the 30-million-won range (about US$27,000), the spokesman said, adding how many trims will be available locally has yet to decided. (image: Kia Motors)

SEOUL, March 27 (Korea Bizwire) – Kia Motors Corp., South Korea’s second-biggest carmaker by sales, said Monday it will domestically launch its Stinger sports sedan in May in a move to strengthen its premium lineup.

In the domestic market, the high-performance car will be the carmaker’s first sedan which will carry an independent Stinger badge without the KIA logo, a company spokesman said.

But the all-wheel-drive Stinger sports car will ship with the KIA logo to absorb customers familiar with it around the world, he said.

The starting price of the new model, fully equipped with an eight-speed automatic transmission, will be in the upper end of the 30-million-won range (about US$27,000), the spokesman said, adding how many trims will be available locally has yet to decided.

In the Detroit auto show in January, Kia introduced Stinger models mated with 2.0 turbo and 3.3 turbo gasoline engines. In the Geneva Motor Show this month, the Stinger with an R2.2 diesel mill was also unveiled along with the two gasoline versions.

“The models unveiled in the two motor shows were each aimed at attracting local customers in the United States and Europe,” said the spokesman. “But the company has yet to decide on what kind of engine models it will launch in the domestic market.”

More details on the planned domestic launch of the Stinger will be available in the Seoul Motor Show that kicks off on March 31 and lasts through April 9 at the KINTEX exhibition hall in Ilsan, just northwest of Seoul, he said.

The time frame for the Stinger’s launch in the U.S. and other major markets has not been decided yet, the spokesman added.

Kia has the Mohave premium sports utility vehicle use an independent emblem in the home market, but it does not have an independent brand such as the Genesis lineup of its corporate sister Hyundai Motor Co.

Hyundai and Kia together form the world’s fifth-largest automotive group by sales.