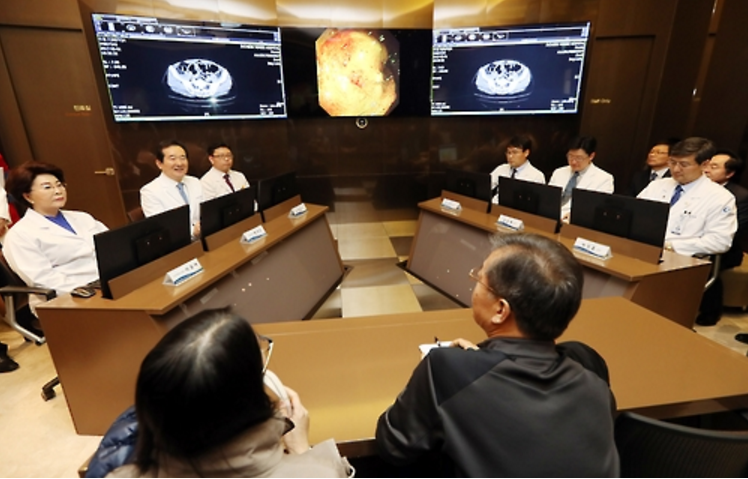 SEOUL, March 17 (Korea Bizwire) – Konyang University Hospital announced its launch of IBM Watson for Oncology yesterday, a supercomputer diagnostic system that is poised to revolutionize the treatment of cancer patients.

The launch ceremony with SK C&C, the South Korean distributor of the system, took place at the hospital yesterday in the presence of the hospital director, IBM’s top medical adviser and the director of SK C＆C ITS.

The hospital in Daejeon is the third medical institution in the country to make use of IBM’s Watson technology following Gachon University Gil Medical Center and Pusan National University Hospital.

Watson is capable of analyzing a vast amount of information and oncology research, and suggesting the best type of treatment for patients within seconds, which is far beyond human capability.

On accuracy, medical experts who have been using Watson for Oncology at the Gachon University Gil Medical Center said, “The treatment Watson suggests is usually the same as what doctors judge to be the best for their patients.”

Not only is the computer system capable of coming up with appropriate types of cancer treatment, it also indicates the side effects of the chosen therapy as well as what treatment to avoid.

Doctors at Gachon University Gil Hospital are hopeful that the introduction of Watson will help bring out the best results for their patients when it comes to accurate diagnosis.

“(I hope) local patients won’t need to travel to Seoul for better treatment. With the combination of the new AI system and our medical team, we’ll provide our patients with the best medical service,” said hospital director Choi Won-jun.