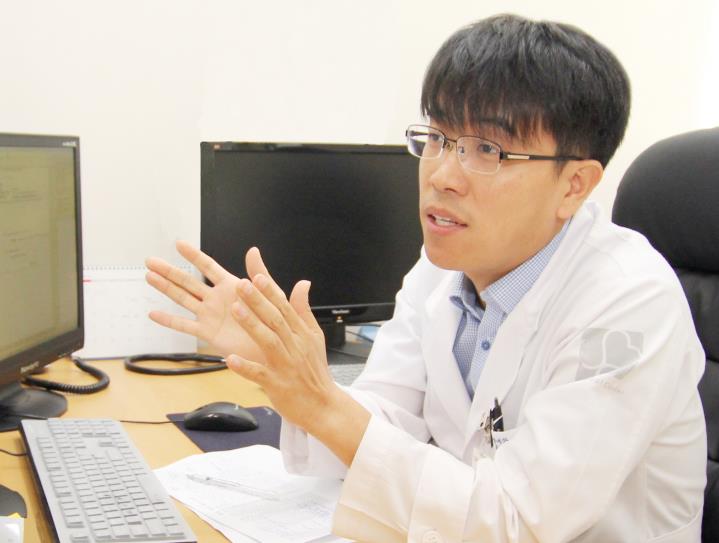 Sun Medical Center in Daejeon announced on July 22 that a research team led by Yun Seok-hyun, a professor at Harvard Medical School, and its hemato-oncology doctor Kim Yi-rang succeeded in developing a technology to cure and stop the spread of cancer through photodynamic therapy (PDT).

PDT is a method to destroy selective cancers by shooting them with a certain wavelength of laser. It is the fourth method for cancer treatment after surgery, anti-cancer drugs and radiation therapy. It shows relatively low side effects and low tolerance to drugs, but it can be applied to limited areas of the body that doctors can shoot the laser at directly, or through an endoscope, such as ovarian cancer, skin cancer, biliary tract cancer and esophagus cancer.

However, the research team developed a new form of PDT that is effective regardless of the cancer’s location. Leveraging the enzyme-substrate reaction of glowing light from the body, the new PDT kills the cancers by activating the photic sensors accumulated in the cancer cells.

They overcame the limit of unmatched wavelength from the intravital glowing by integrating a nano- material quantum dot with proteins abstracted from corals.

According to Sun Medical Center, if they inject the new material into the cancers directly, it can destroy the cancers as well as stop the cancer from spreading.

Doctor Kim of Sun Medical Center said, “The research broadened the ways to adopt PDT in killing cancer. Of particular note, it can be used for the treatment of breast cancer with minimum invasion, reducing the risk of lymphedema.”

The research results were reported in the August edition of nano-medical research journal “Theranostics.”