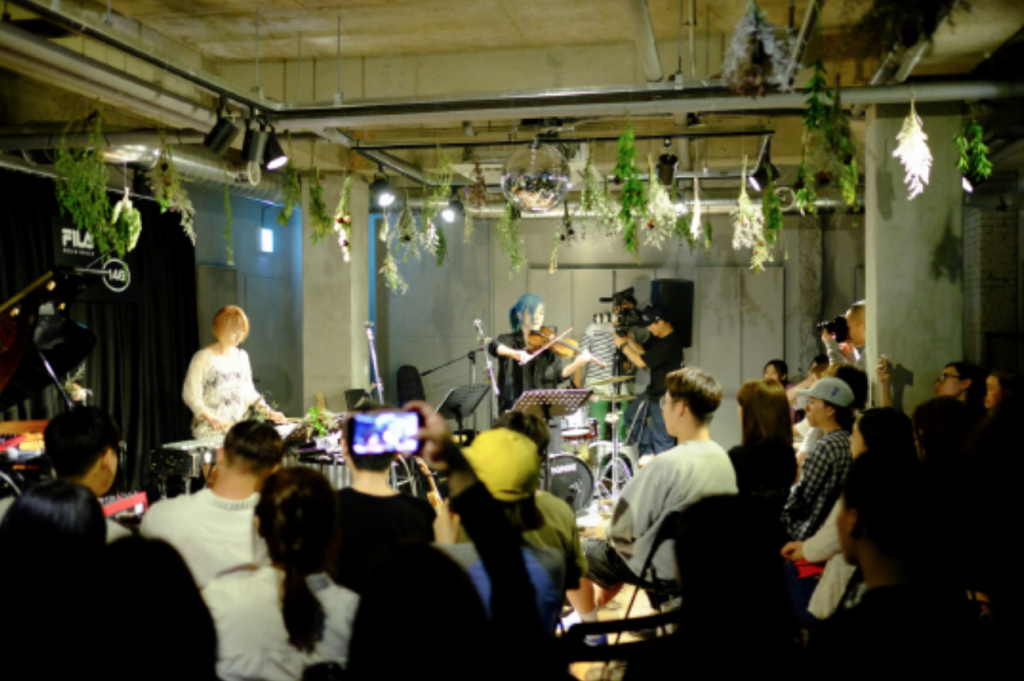 The company has opened a pop-up store called Nomad Shop at Samcheong-ro 146, a multi-cultural complex, in which it uses the ground floor as a café/store, and the lower level for various music performances. (image: Fila Korea)

SEOUL, June 21 (Korea Bizwire) – Seasonal sales and promotional events at retail stores are becoming too mundane, so companies are shifting their focus to try to connect with consumers and provide an engaging shopping experience. Unique and unconventional marketing methods that encourage consumer participation and trigger emotions are becoming popular in Korea.

Fila Originale, a sports street brand of Fila Korea, is hosting a ‘Ground Project’ event in Samcheong-dong, Seoul, until June 25. The Ground Project is an event that incorporates fashion and culture through music.

The company has opened a pop-up store called Nomad Shop at Samcheong-ro 146, a multi-cultural complex, in which it uses the ground floor as a café/store, and the lower level for various music performances. The event took off on May 26, and according to Fila, customers have responded with positive feedback.

“We tried not to limit our store to simply a place to sell products, but rather a place for customers to experience new cultures and build intimacy with our brand,” said a Fila Originale official. “Visitors not only inquire about performance schedules but actively share their experiences on social networking services.”

Lansmere’s Hannam branch is also offering unique services to its visitors. Lansmere is a male clothing store operated by Samsung C&T Corporation. Customers who visit the Hannam branch can not only shop for clothes but also get a haircut, have a wet shave, and benefit from shoe-care services.

Such events are not limited to retail businesses.

“The excitement and the memories from such emotional experiences become a part of the brand’s image,” said a retail industry official. “Instead of forcefully trying to induce consumption, businesses are offering various cultural events to naturally attract customers to their doorsteps. This ultimately helps with increasing revenue in the midst of a continued economic slump, so it’s likely that such marketing trends will continue.”