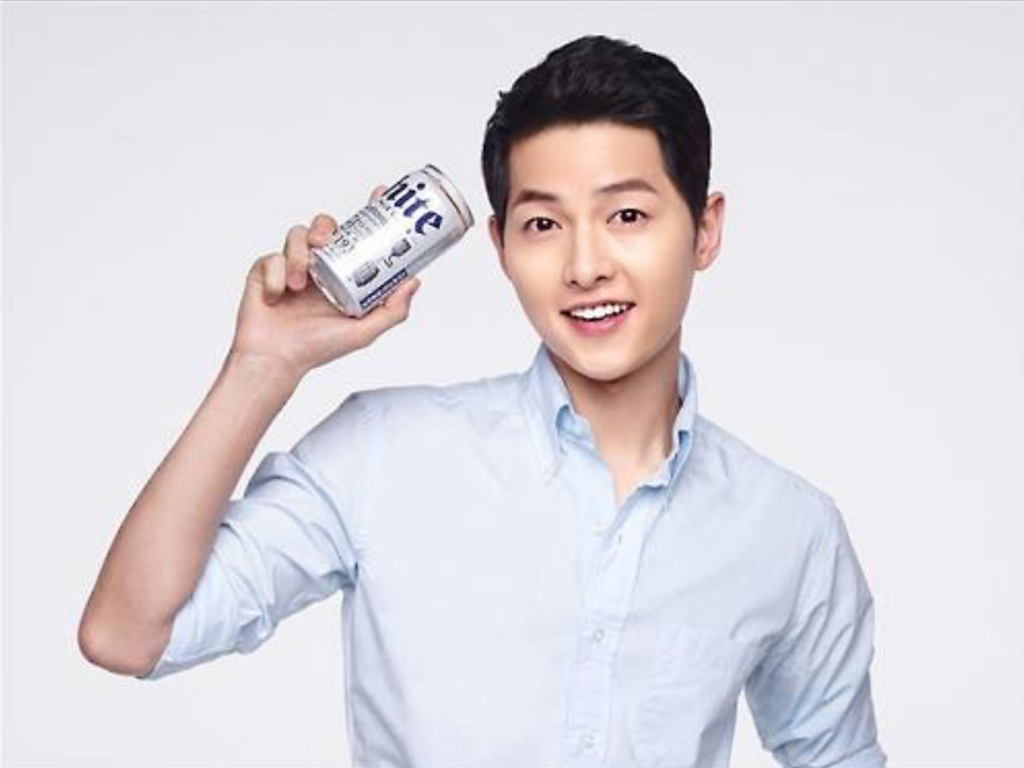 Song Joong-ki, the lead actor who clinched fame from the drama “Descendants of the Sun,” was recruited by Hite Jinro. The company had already reaped ad effects from another celebrity model, singer IU. (image: Hite Jinro)

The government has been tightening regulations on liquor ads, revising the law on national health improvement. Recent changes include barring liquor ads on TV from 7 a.m. to 10 p.m. to limit minors’ exposure to them. Advertising on radio, the internet and public transportation are also restricted.

Liquor companies are trying to work around these limits by hiring top celebrities as ad models to leave a strong image in the briefest time with consumers, industry officials said.

Song Joong-ki, the lead actor who clinched fame from the drama “Descendants of the Sun,” was recruited by Hite Jinro. The company had already reaped ad effects from another celebrity model, singer IU.

Seol Hyun, a member of girl group AOA, was snatched up by Lotte Chilsung Beverage Co., who is looking for a new model to replace actress Shin Min-ah whose contract expires at the end of this month for its main soju brand.

About the only exception is the No. 1 beer company Oriental Brewery Co., who is sticking to lesser known celebrities and average citizens as its ad models.

“Advertisement restrictions on liquor firms are growing heavier, and companies are relying more on celebrities with star power to give them the best results,” an official said. “This marketing tactic will likely continue for some time.”